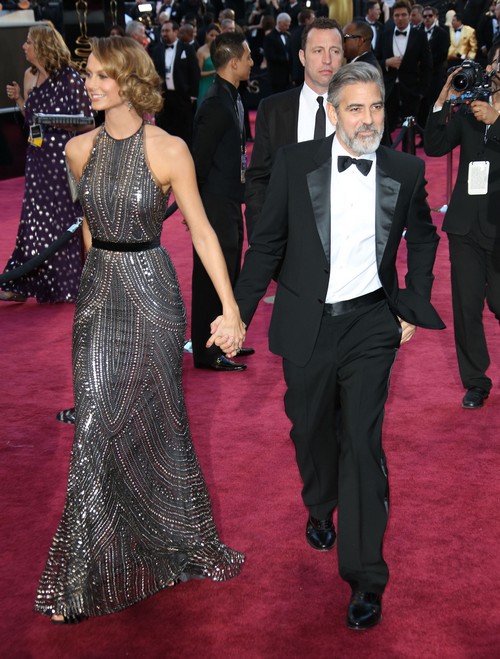 I am loving all these People and US Weekly sources trying to spin this George Clooney and Stacy Keibler breakup as if there was even a remote possibility that Stacy could have lasted more than two years. We know the deal by now – when the one year contract is up, George will either extend by one more year or dump your ass goodbye. There is never a contract extension past year two, and anything who thinks they are going to last longer is kidding themselves.

When the news first broke, all the reports pointed to Stacy calling the shots and dumping George because she wanted babies and he didn’t. Puh-lease. Of course, reports released today are spinning the story a little bit more George-friendly and claiming the split was a mutual decision. Sources, a.k.a. publicists, tell US Weekly, “Stacy and George have been having ongoing discussions in the last few weeks. It wasn’t a one-sided decision. No one got dumped. They both discussed it and realized it was better that they split.”

The source also adds that distance was an issue, explaining, “They haven’t been in the same country for a long time. They are both working and haven’t seen each other. You can’t have a relationship with someone that you don’t see. They know this is for the best.”

Well, I guess it’s nice that George is letting Stacy spin this however she wants through the media. It shows that they certainly ended their contract on an amicable note, and there were no arguments for a renegotiation or extension. Good for Stacy. When you stay in George’s good books, there’s a chance that you’ll end up coming out on top [no pun intended].

What do you guys think of George and Stacy’s breakup? Do you think there’s any way she would have lasted past the normal two years? Let us know in the comments.