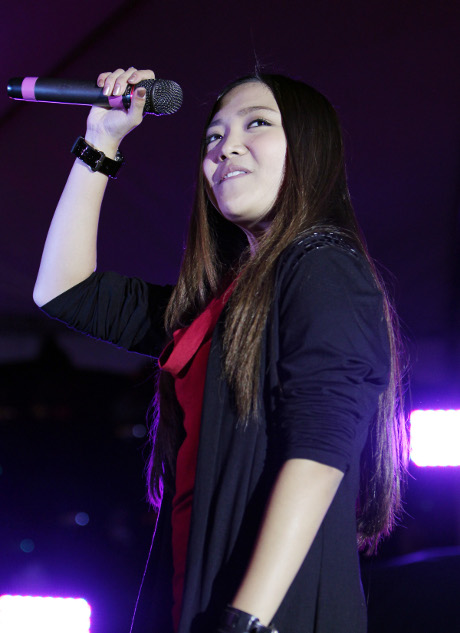 Charice Pempengco, the former Glee actress and Filipino singer who rose to popularity through her Youtube videos, has just revealed that she is a lesbian. This news comes after months of speculation about Charice’s sexual orientation, and Charice herself reveals that it’s a relief to finally be able to come out with the truth in the open.

She first spoke about her sexual orientation on a Filipino entertainment show [The Buzz] and when asked about it, she simply stated, “Yes, I am a lesbian.” She is later reported to have said, “Now I feel free. I can go out of the house without fear and be certain that I’m not stepping on anybody’s toes.”

She explained that she became estranged from her family after revealing that she was a lesbian, and for some reason, she felt the need to apologize to her fans who were offended. Then, she added, “But to those who can accept me, thank you very much. We are all equal, whether you are gay or straight…I just want to say thank you, personally, to all my fans, to all the people who are still supporting me, who are still there for me. Honestly, I’m very, very happy. I can’t explain how happy I am right now hearing all the positive things.”

You know, it seems odd that in today’s day and age, anyone would have to apologize for their sexual orientation. She should not have felt the need to apologize for it, and if people can’t handle it, that’s their problem. Charice remains as talented as ever, and that’s not going to change because she’s a lesbian.  She’s already had to face plenty of tough circumstances in her life, and she shouldn’t have to worry about some idiotic fans turning on her.