Grammy Award Nominations and Snubs 2014 – Which Stars Didn’t Get Recognized This Year?

The Grammy Nominations for 2014 are out and everyone is seeing snubs. What’s weird is that even if an artist got nominated in a category, unless it was one of the high ranking ones, they still considered it a snub. One question to these “artists“: Whatever happened to a simple thank you? Or were the fans not enough to validate them.

Thanks to Variety – the “heavy-hitter categories” are record, song and album of the year and new artist. This year no one performer was able to catch all four nominations. Pretty sure bets were being laid on Lorde’s door to sweep through the categories but she only got Record of the Year. Although this is could have occurred due to her refusal to stop running her mouth. Luckily for her people still like her which was evident by her performance at the nominations. Oh and that’s right there were performances to announce nominations. 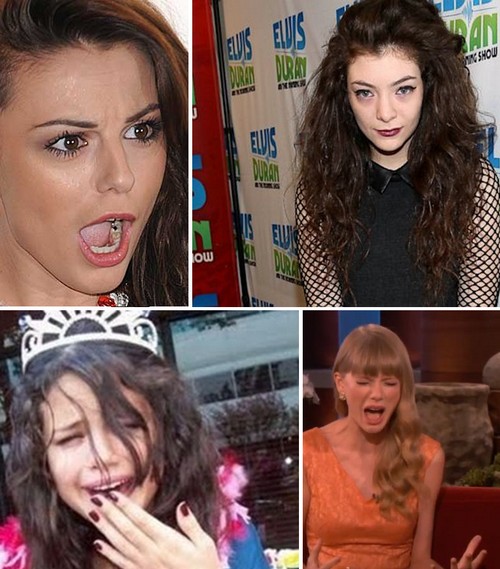 My guess is that their trying to drum up interest so that their ratings don’t keep falling like every other award shows’. The performances were a bit outlandish and sort of misplaced. Think about it. How many of them will also be performing at the actual awards. Now they have to top what they did yesterday. Good luck with making more work for yourself!

Back to the nominations, as was mentioned before some of the biggest recording artists got several nominations but because they weren’t in the top categories a lot of people are kind of discounting them. Including the media. Here is an example of what we mean from Variety.

“Rapper Jay Z, whose highly promoted “Magna Carta…Holy Grail” has shifted more than 1 million, was the year’s most nominated performer, with nine bids, most of them in rap categories. Pop superstar Justin Timberlake, back from a five-year layoff from music, has sold 2.3 million copies of “The 20/20 Experience,” but his seven nods came in the lower-profile pop and R&B fields. Kanye West landed two bids for “Yeezus,” both rap categories. “

Are you serious? These albums were at the top of their game but didn’t receive any of the big nods.  The closest Justin Timberlake came, one of the most nominated stars for the upcoming event, is Best Pop Solo Performance. Pop?!?! Is that what they’re calling Mirrors because I could have sworn Justin left the pop genre when he ditched N’SYNC. Taylor Swift is Pop! If Justin was Pop then maybe he could have gotten nominated for Album of the Year just like Taylor. No wonder she was all “thankful”.

What do you think. Were some of the artists intentionally snubbed this year?