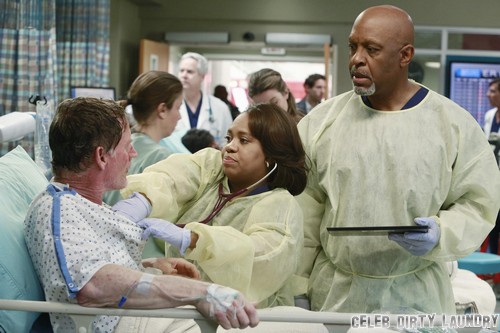 Tonight on ABC is an all new episode of GREY’S ANATOMY. Tonight’s show is called “Can’t Fight This Feeling” and on tonight’s show a gas tanker explodes on a Seattle highway, and a distraught mother fights to find a diagnosis for her ailing son. If you missed last week’s episode we have a full and detailed recap here for you.

On last week’s show as the hospital continued to make positive changes under the new management, the doctors began to realize that owning a hospital came with its own set of problems and responsibilities. Meanwhile, Meredith worried about the well being of her unborn baby, Callie and Arizona tried to get the spark back in their relationship, and Alex gave Jo’s new boyfriend a run for his money.

On tonight’s show a gas tanker explodes on a Seattle highway, causing multiple injuries — including paramedic Matthew; Meredith and Jo help a frantic mother (Sarah Chalke) whose child is suffering from a mysterious illness; and Owen bonds with a young boy whose parents are in critical condition. Meanwhile true colors are revealed when Alex is forced to work with Jo’s boyfriend on an ailing patient.  Guest starring tonight, Sarah Chalke as Polly 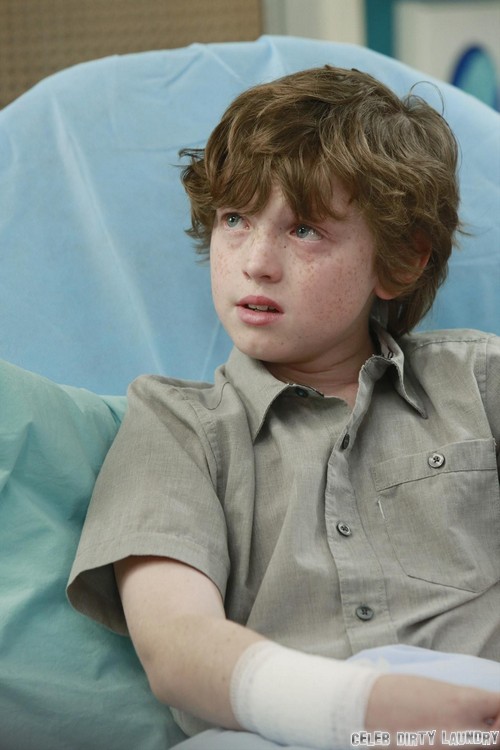 Tonight’s episode looks like it is going to be a great episode and you won’t want to miss it, so be sure to tune in for our live coverage of ABC’s “Grey’s Anatomy” Season 9 episode 19 at 9 PM EST! While you wait for our recap hit the comments and let us know what you think of Grey’s Anatomy season 9, so far? Check out the sneak peek of tonight’s episode below!

A woman named Casey brings her son in to see Dr. Wilson who has a fever and rash. She looked up his symptoms online. She knows that her son has more than just a virus. Meredith and Dr. Wilson come back with a diagnosis and agree to release the little boy.

Owen tells Derek that there needs to be a better rotation of the interns. A tanker leaks and the hospital has to care for the victims who are a couple and a son named Ethan. The mom is in radiology while the father has a torn aorta. Suddenly, there is an explosion because the tanker has blown outside and a man is on fire. The human fireball is taken to the burn unit as more patients come in. A woman named Elise starts to go into early labor as she’s bleeding; the baby is in distress as the umbilical cord has dropped. She needs to into surgery right away.

April is horrified when she sees Matthew as one of the victims after he tried to play hero.  Avery says he’ll look after him while April helps with Elise’s delivery who starts to lose a lot of blood during the C-section.

Social Services have come to get Ethan but he really wants to see his parents. Owen arranges for him to spend the night in a hospital room. Alex helps deliver a healthy baby girl but Elise is still in surgery. Ethan suddenly disappears. He is wandering the hospital. He finds his mother lying in bed but she has no recognition of him and becomes hysterical.  Owen explains to Ethan that his mother has a head injury. Brooks and Ross are working with Derek on the woman’s case.

Casey returns with her little boy and that he doesn’t have strep throat. She refuses to calm down. She demands that another doctor be found because either Jo doesn’t believe her or she doesn’t care.  The doctors think Casey might be dragging her son to different hospitals because she may be tired or looking for attention. She begs them to believe her. Meredith says she believes Casey. Meredith says his Cat scan is completely normal. Casey runs through various diseases. Meredith says she’ s gonna do more tests.

April walks in as Avery is helping Matt with his burns to his body.  April later sees Elise’s husband by her bedside, asking her not to leave him.  He’s decided to name their daughter Rosie. April is touched by their love story, given how the universe waited for them to be together but as Avery points out, a tanker exploded. Later, Elise goes into cardiac arrest. She dies.

Arizona finally tells Callie that her speech isn’t any good. Callie says she’s decided not to give the speech anymore.

April tells Avery that she doesn’t know why Elise’s death is hitting her so hard; she doesn’t know how she is going to tell Elise’s husband. She cries into Avery’s arms.  Alex approaches just as it seems they were about to kiss. Alex ultimately tells the husband that Elise died. April offers comfort.

Cristina thinks that Casey may be making her child sick for attention or may be possibly crazy. Owen takes exception to how Cristina is treating one of the burn patients. Ultimately, Owen says that Russell agrees with her course of hypothermia but he was worried that Ethan would not have a parent. . She is offended that he thinks she wouldn’t make the best choice in the interest of her patient.

During surgery, Derek wants Brooks to assist in the surgery while Ross looks on. Derek says that Brooks is going to be on his service for the rest of the year and that Owen was right.  Ross tells Brooks that he’s not going down without a fight and that he knows what she’s doing.

Meredith tells Casey that her little boy, Parker’s, labs keep coming back wrong but Casey can’t shake this feeling that something is wrong with her son.  They get updated labs. Meredith quickly checks Parker’s eyes in fear he may have Kawasaki disease. Meredith says that Casey fought for her son and didn’t give up.

A stream is set up for Callie to give her speech. Callie starts to speak from her prepared speech but then starts to open up about the bad year she’s had. She says she has spent a lot of time thinking about what holds people together when things falls apart.

April apologizes to Matt for not visiting him more today. She wonders if he thinks God plans for two people to be together. Matt does. Matt says he knows today scared her but he’s still here and not going anywhere. He tells a shocked April that he loves her too.

Meredith wants Bailey to tell her if she’s going to get Alzheimers.