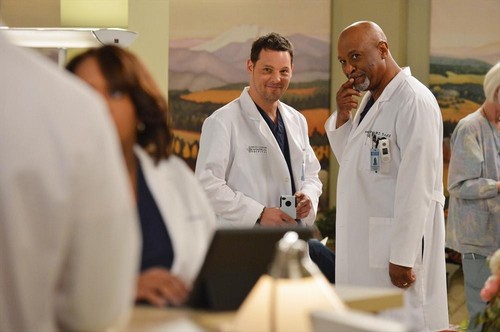 Tonight on ABC is an all new episode of GREY’S ANATOMY. Tonight’s show is called “Idle Hands” and on tonight’s show the doctors make great strides in developing the new hospital. If you missed last week’s episode we have a full and detailed recap here for you.

On last week’s show the discord and chaos created by the hospital’s new management team caused one physician to question his future at Seattle Grace. Meanwhile, the doctors and the interns had to juggle several transplant surgeries at once, each coming with its own set of obstacles.  On last week’s show Debbie Allen (“Fame”) guest starred as Catherine Avery.

On tonight’s show as the hospital continues to make positive changes under the new management, the doctors begin to realize that owning a hospital comes with its own set of problems and responsibilities. Meanwhile, Meredith worries about the wellbeing of her unborn baby, Callie and Arizona try to get the spark back in their relationship, and Alex gives Jo’s new boyfriend a run for his money.

Tonight’s episode looks like it is going to be a great episode and you won’t want to miss it, so be sure to tune in for our live coverage of ABC’s “Grey’s Anatomy” Season 9 episode 18 at 9 PM EST! While you wait for our recap hit the comments and let us know what you think of Grey’s Anatomy season 9, so far? Check out the sneak peek of tonight’s episode below!