Gwyneth Paltrow, Kristen Stewart Most Hated In Hollywood In New List – Do We Agree? 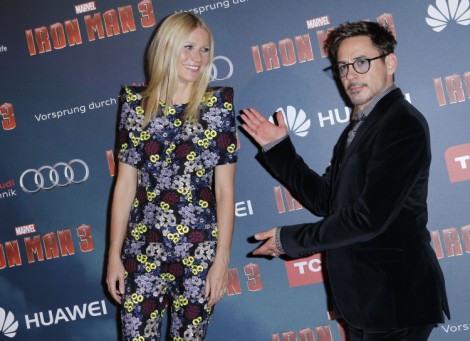 Oh why do we have to keep hating on Gwyneth Paltrow? Most irritating, really? Just because she’s prettier than you and probably smarter and more cultured and knows more languages and has cooler friends doesn’t mean you should rag on her all the time. She’s human too, you know? She has feelings! What am I saying. Gwyneth doesn’t give a shit if you hate her. She’s laughing at this as we speak while she simultaneously cooks gluten-free pancakes for her kids and works out with Tracy Anderson. These polls only maker her stronger!

But what about the other misfortunates on Star magazine’s annual poll of the 20 most irritating personalities in film, music and television? Kristen Stewart came in a close second along with Jennifer Lopez, John Mayer and Katherine Heigl rounding out the top five. I’m OK with everyone so far for the most hated. Kristen Stewart’s name is no stranger to those lists ever since the whole trampire thing. Maybe if Robert Pattinson keeps her around longer and she smiles more for the cameras she might get off it next year. She has been trying to be more agreeable lately….

You know what kills me though? Chris Brown. He came in at No. 20. Basically America is saying they like a proven woman beater over Gwyneth Paltrow. Somehow, Chris Brown’s penchant for rage and fighting is less irritating than Gwyneth’s love of the elimination diet. What the f-ck people? Why is that OK? Is it because Rihanna took his pitiful ass back? People are stupid.

You can check out the rest of the list here. Is there anybody you think should be on the list? Is it fair Gwyneth is on the top? She’s annoying, don’t get me wrong, but over Chris freakin’ Brown??