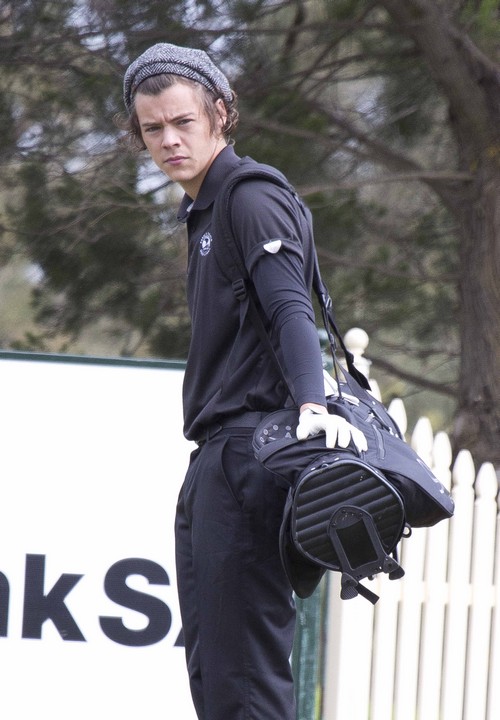 Harry Styles has previously expressed his admiration of Jennifer Lawrence by calling her ‘hot’ and ‘cool’, and it’s obvious that he has a crush on her. He’s been pretty blatant with his flirting through Twitter, but the problem is that Jennifer doesn’t have a Twitter so she probably never even heard about his interest.

Now, even though it’s months later and I doubt that they’ve even met in the interim, Harry’s not stopping. He spoke to In Style Magazine about his style icon, and which celeb was the answer? Jennifer Lawrence, of course. He said, “She dresses cool. I like her at all those big awards things.”

Poor guy. He has a crush on someone who’s probably never going to look his way. But you know what’s interesting? Taylor Swift has stated that she’s a huge fan of Jennifer in the past, and the feeling’s mutual. However, with Harry’s public interest in Jennifer, will Taylor make her public enemy #1? Or will she reserve her animosity for just Harry?

The drama surrounding young Hollywood is constantly entertaining, especially surrounding our perennial favorites, Harry Styles and Jennifer Lawrence. Jennifer is actually fairly low-key when it comes to the actual gossip part of Hollywood, and she hasn’t really been linked to guys apart from Nicholas Hoult. She broke up with him, was rumored to be with every single bachelor in Hollywood for several months, and now she’s back with him.

Even if Jennifer was single, do you think she would ever look Harry’s way? Sure, he got Taylor Swift, but Jennifer Lawrence is an Academy Award-winning actress who’s at the top of the A-list at just 23 years old. Does Harry have a chance? What do you guys think? Let us know in the comments.

One Direction’s Harry Styles and Niall Horan play a round of golf at Barossa Valley Golf Club in Nuriootpa, Australia on September 23