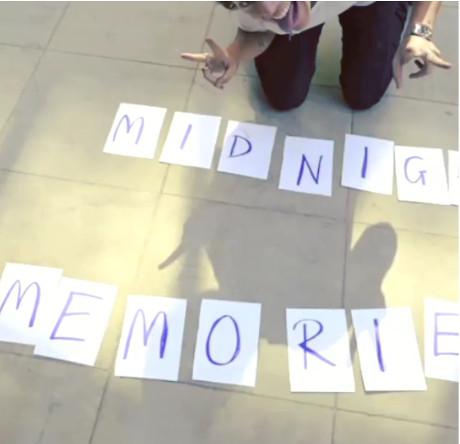 One Direction has made the official announcement that they will be releasing their third album, titled Midnight Memories, on November 23rd.

The boys announced the news through a video posted on Instagram – the video was a bunch of letters scrambled up on the ground, which the boys re-arranged to spell ‘Midnight Memories’. It was cute, and very much in line with their image. They’re not going to strip and hump a ball to promote their new album a la Miley Cyrus, so there’s nothing to worry there.

The album will be available for pre-order on September 9th, and it will no doubt sell out pretty quickly thanks to all the One Direction fans. There’s high expectation for this album to do as well as the boys’ previous albums, Up All Night and Take Me Home, both of which debuted at the top of the billboard charts. However, since their fandom has only increased since the release of those albums, I don’t see how the album won’t do gangbusters business.

The boys also continue to get more and more popular on social media and as their international awareness increases, so does their brand. It’s surprising because with most boybands [especially the ones from the early 2000s], there was almost always an inevitable backlash. While there has been minor criticism, One Direction doesn’t seemed to have reach that point yet, which they’re taking full advantage of.

Will you guys be buying One Directon’s next album, Midnight Memories? Let us know your thoughts in the comments.