Niall Horan and Miley Cyrus Recording Together On Her Album – One Direction To Split Up? 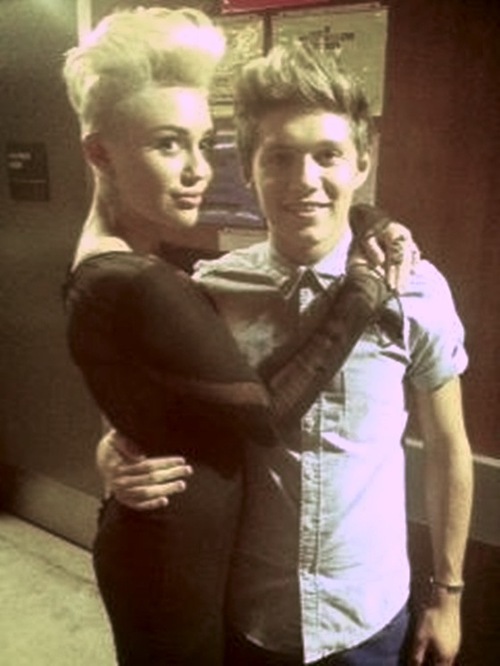 Miley Cyrus and Niall Horan. Now there’s a pair of names that most people don’t expect to see together. However, Miley raised speculation last night when she tweeted a picture with Niall  in the recording studio. Many are assuming this means that Cyrus and Horan will be collaborating on Cyrus’ new album, which she is currently hard at work making.

The rumors started when Cyrus first tweeted an image with her music producer, Mike WiLL, in the studio. She then tweeted a picture of Niall, with the caption, “Ok so in case you didn’t notice. Yes that is Niall.”

This marks Cyrus’ fourth studio album, and it is being rumored to be released later this year with a possible single releasing this summer. However, if Niall is indeed collaborating with Miley, what does this mean for One Direction?

Last week, it was rumored that Harry Styles was recording his own singles in the recording studio in LA, and now it seems as though Miley and Niall are working together. Although the 1D rep denied rumors of a split, and mentioned that each of the singers sometimes record tracks on their own, it’s hard to imagine that they’re planning on staying together forever.

Could each of them be trying to set up their future careers with various collaborations outside of One Direction? We all know that despite what they claim, most boy bands don’t last beyond five years. One Direction is still at the peak of their popularity so they’ll probably last a bit longer [is it because they’re British?], but once the inevitable split comes, who will go on to have Justin Timberlake’s career and who will go on to have Lance Bass’s career?

Interesting questions indeed, and most people are betting on Harry to follow in JT’s footsteps. However, it seems as though Niall’s making some smart choices [when he’s not chasing after Selena Gomez], so don’t rule him out just yet.