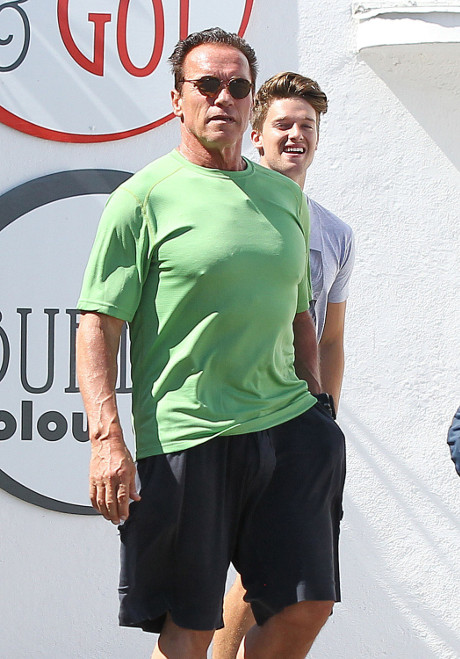 Arnold Schwarzenegger seems to have officially moved on from his ex-wife Maria Shriver, as the Terminator was spotted laying a big smootch on Heather Milligan, the lady he’s been supposedly dating for a few months. Well, that kiss seems to confirm it! As TMZ reports, the couple was photographed outside the restaurant Fig. They arrived and left in separate cars, but before Arnold parted ways from his lover, he planted a big wet one on her lips.

Heather’s apparently a physical therapist working out of Southern California, and her client list includes many top NFL players and other athletes. What do you think about Arnold and Heather? They’re certainly not Hollywood’s next power couple, but do you think these two love birds are workin’ it (PIC OF KISS HERE)? Do they have a real future together? Let us know in the comments section below.