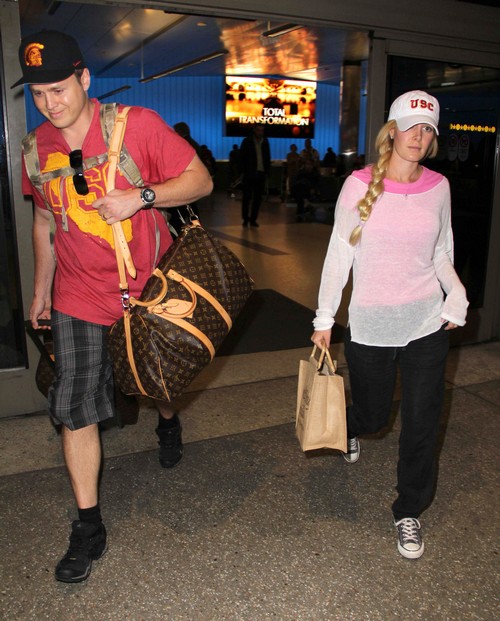 After the long debacle known as “The Hills” came to an end, Heidi Montag and Spencer Pratt continued with their TV personas to the point where everyone tried to go out of their way to ignore them. Did they take the hint? No, they moved on and have been scraping the bottom of the D List barrel ever since.  But even with that, many chose to forget these two including the people they hurt the most. Take Lauren Conrad for instance.

The feud between Lauren and the Pratt couple was infamous. They for all intents and purposes hate each other. Yet that never stopped Heidi or Spencer for supposedly claiming they want to make peace with her. Lauren saw the overtures for what they were. A way to piggy back on her relevance and decided she no longer wanted to deal with those type of people.

Fast forward to now, Lauren is happily engaged. A little tidbit that just happened to be picked up by several news sources when Heidi mentions how she’s made peace with the bride to be.

“I’ve talked to [Lauren] a few times on the phone and we’ve caught up,” Heidi told PEOPLE on Friday. “She’s been really sweet. The last time we talked was like a year ago. I lost her number so I haven’t been able to call her [recently]. I told her I got really caught up and I was sorry about how things happened. I told her I miss her and she told me she’d always be there for me.” (People)

Sure, keep to the story how you lost her number. In the meantime the rest of us have to deal with Heidi’s sob stories on doing so much plastic surgery. Then there’s the couple talking about how they blew through 10 million dollars. I think they thought they could get sympathy from that and am happy to say they sounded like jerks. Who tells the world they squandered millions of dollars? Find a way to live within those means. Go away, you two and stay gone! No more piggybacking ! No more “Lauren” interviews just go away!

Heidi Montag and Spencer Pratt arriving on a flight at LAX airport in Los Angeles, California on November 16