Are Henry Cavill and Gina Carano Still Together? (PHOTOS) 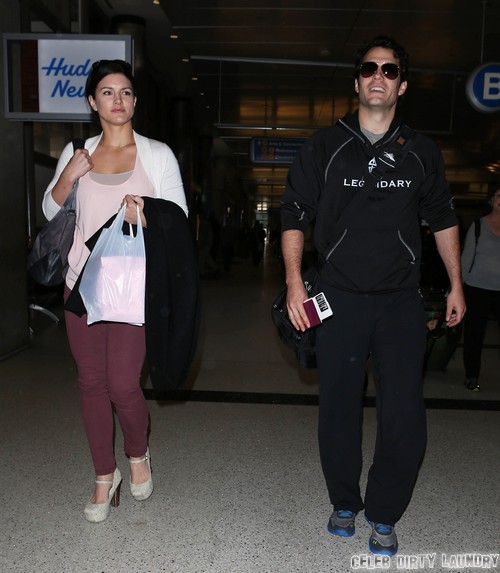 This is what happens when you’re a hot actor who hits it big with a movie that the whole world has seen. You will get the stalkerazzi and the crazy fangirls [and probably fanboys] chasing after you. You will have fans that exceed the normal level of crazy and go way, way beyond that. And whoever your girlfriend is, she will be mercilessly torn apart by these ‘fans’.

To be fair, Henry Cavill does seem to have a strong fan base that’s stuck with him through the years, and who are just happy to finally see him succeed. For those fans, hats off to you. However, there are also fans [both new and old] who all seem to be grasping at straws when it concerns Henry’s relationship with MMA fighter turned movie star Gina Carano.

There are people who refuse to believe that Henry’s relationship with Gina is not staged, claiming that it’s eventual PR for the Superman-Wonder Woman team-up, and there others still that claim both Henry and Gina are ‘bearding’ each other. However, there are fans on ONTD and the IMDB comment section – who somehow manage to take stalking to a new level and find out information that I’m not even sure Henry’s publicist knows – who claim that Henry has broken up with Gina since she hasn’t been seen at any of the Man of Steel premieres.

This doesn’t necessarily mean anything – Gina might not have wanted to draw attention away from Henry, she could be busy with a movie role, etc etc. But since some fans will grasp at any straws, they claim that there are eyewitness accounts that state that Henry’s been spotted ‘getting close’ to several women while in Australia. For what it’s worth, there didn’t seem to be any picture evidence of this ‘flirting’, and I think Gina’s just busy. Either that, or the studio’s trying to sell him as single to draw in more women to see the film. If that’s the case, trust me WB, you don’t need to sell him as single to get women to come to the movie – his face and body is already doing that for you.

If you guys want more details, you should definitely check out the comment section of Henry’s IMDB page. There’s too much to post on here, but you can sift through the crazy for yourself and try to separate fact from fiction.