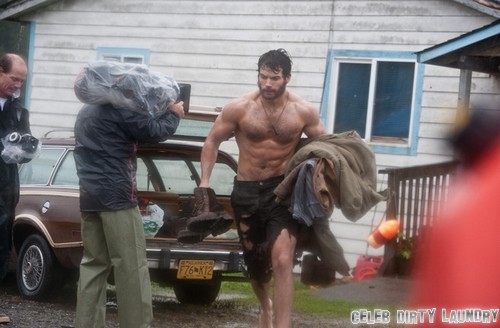 Ok, I’m going to start off this review by saying that Henry Cavill is a perfect Superman. Whatever flaws the movie has, that’s not one of them. He’s earnest and pensive when he needs to be, and can pull off the action sequences just as well as the quieter scenes.

The movie itself is solid. It’s not at the same level as Chris Nolan’s Dark Knight trilogy, but it’s definitely better than most comic book films. And that’s largely due to the performances and the fact that the film has a lot of depth. Don’t listen to people who claim that the movie doesn’t have emotion, because it does – in spades. Some people may claim that Superman’s supposed to be funny and charming, blah blah blah. But this isn’t the Superman we’ve grown up with. That’s not to say he’s not Superman, because all the most familiar elements of the comics and the past movies are still there, but they’re more muted in favor of telling an accurate depiction of Superman today.

What would happen if Superman were to come to Earth in today’s day and age? If he was revealed? If we had our first contact with an alien species in the form of an indestructible creature that looks and acts human? I mean, sure, Superman’s not realistic – he’s not Batman, he’s not human. That doesn’t mean he doesn’t act human, and that doesn’t mean that we don’t act human around him.

That brings me to the second-best thing about this movie: Lois Lane. Both Amy Adams and Henry Cavill are immensely watchable on screen, and they have chemistry in spades. But you know what the best thing is? Amy’s Lois is intelligent and actually proves it. We’re not told that she’s the fearless reporter Lois Lane, and then we see all the evidence to the contrary. I don’t want to spoil anything, but the way we’re introduced to her is fantastic and although we don’t focus on Clark and Lois as much as I would have liked, I understand it. I understand it because this movie, above everything else, is an origin story and a story about Superman choosing between his species and the humans.

It’s a very tight story, and there’s not much time for anything extraneous. Yes, the battle scenes in the last act tend to get tedious after a while, but after Superman Returns, I can totally see why that’s the case. The fanboys would have been calling for blood if there wasn’t enough action in this one.

But even with all the action, the movie never loses sight of the emotion behind the story. And that’s thanks to Russell Crowe’s performance as the movie’s emotional core, and Superman’s alien father. Epic and emotional, his performance makes the movie and provides it with its backbone.

Some other thoughts: the Superman/Christ allegory gets too much at points. All the supporting characters hold their own. The movie is a visual treat, as all of Zack Snyder’s movies are. It’s slightly disjointed, and I felt like I was watching two different movies with the first half and the second half.

Overall, I’d give it 3.5/5 stars. A solid reboot of the franchise, and sets up the stage nicely for sequels and a larger DC universe.