Henry Cavill And Kaley Cuoco First Photos Together On A Hike – Did They Call The Paparazzi? 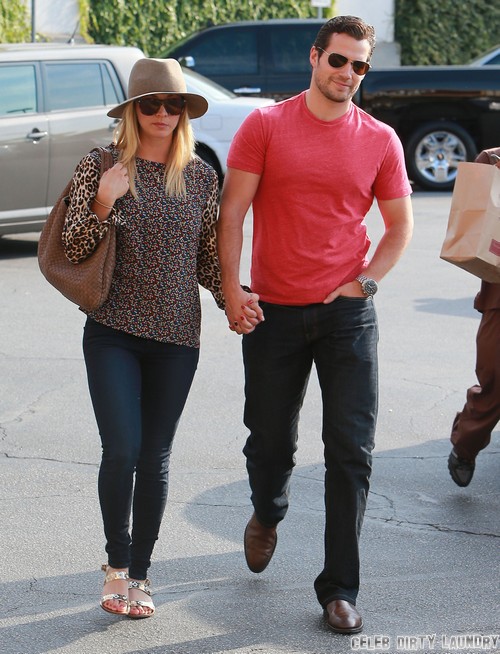 We have been calling this a PR showmance since the relationship was first ‘announced’ via US Weekly and then later confirmed by People. We just couldn’t fathom how Henry Cavill went from still dating Gina Carano at the beginning of May to breaking up with her and then dating Kaley Cuoco by the end of June, especially when he was on a massive international publicity tour for most of that time. Of course, just two days after the news of them dating hit the web, Henry and Kaley have now been conveniently papped together on a hike – and who got the exclusive pictures? People Magazine.

It reeks of a PR set up, and it’s pretty obvious that the paparazzi were called to capture ‘candids’ of Henry and Kaley on the hike. Either that, or Henry and Kaley’s publicists are working overtime. I mean, I get it – Henry worked for ten years to get where he is now, and he’s following every PR ploy in the playbook to stay on the A-list. The thing is – he doesn’t need to! He’s good looking and hard working, and a decent actor. All of his musings on privacy and maintaining boundaries just comes off so hollow now, and he’s pretty much sold his soul to the devil Hollywood.

This whole thing actually bring a huge sense of déjà vu – does anyone remember when Jennifer Aniston and Brad Pitt first started dating? Brad was a movie star that had just hit the big time and Jennifer Aniston was still a ‘TV’ star that was a hit TV show. Henry’s just made it big with Man of Steel, and Kaley’s the star of The Big Bang Theory. There’s a lot of similarities, and there’s no doubt that no matter what anyone felt about them, Brad Pitt’s relationship to Jennifer Aniston raised both of their public profiles. So maybe Henry’s PR knows they’re doing.

What do you guys think? Does this whole thing reek of a showmance, or is everyone overreacting? Maybe the paparazzi just happened to be stalking Kaley after the news of her relationship with Henry broke, and they got lucky with the picture. Let us know what you think in the comments.