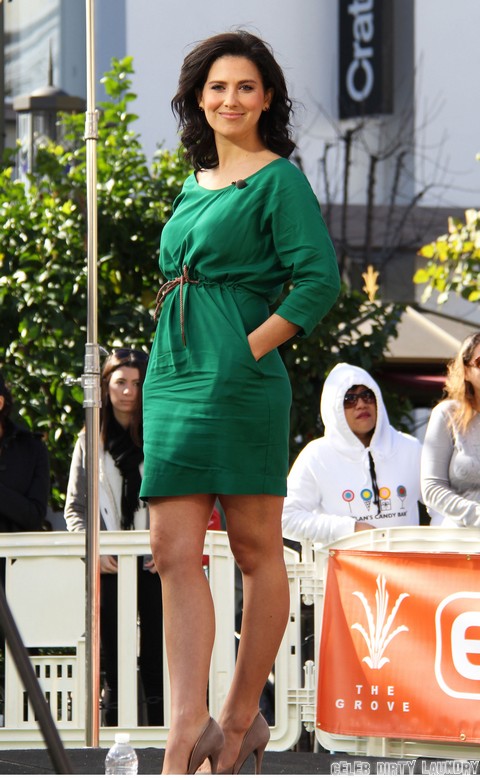 It looks like there is a definite baby boom happening this year for many Hollywood stars. We can now add Hilaria Thomas, wife of Alec Baldwin to the ever growing list. Just last year Alec clued fans in to the possibility of expanding the family when he appeared on Piers Morgan’s show. At the time he was more than a little excited at the possibility of more children and it seemed that he and Hilaria might already be trying. If they were, lightening struck because according to the new issue of In Touch the cat is out of the bag about the yoga instructors pregnancy.

“Hilaria has told only really close friends and family she is pregnant, only a close circle she trusts. She is so healthy and a yoga freak, so everyone could tell right away something was different.  They are both so excited and Alec is so in love with her,” Hilaria’s friend gushes. “She says she is so in love with Alec and he tells all her friends that she is the best thing that has ever happened to him.”

Alec recently joked that after his run on NBC’s 30 Rock wraps Hilaria was going to have to start really bringing home the bacon and supporting him. He suggested that she begin cranking out the workout and yoga DVD’s. It looks like that money-making venture is going to be put on hold at least for the next several months!

Here’s the question, we know Alec hasn’t been the greatest father to his daughter with Kim Basinger, will he do a better job of parenting this time around? He’s also an admitted hot head and that has gotten him into trouble in the past.  Do you think that Alec has gotten help for his issues? Tell us your thoughts in the comments below!