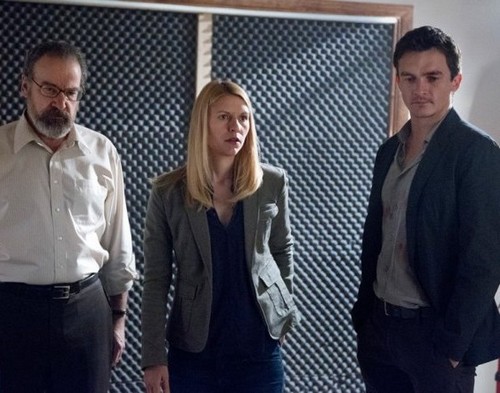 Tonight’s episode of HOMELAND is finally picking up its momentum since last week’s episode.  I cannot wait until next week.  Good news, we have managed to get our hands on a sneak peek video and a few spoilers to whet your appetite as you wait  for next week’s episode 6 “Still Positive” .”

On tonight’s episode Carrie was out and she was on a mission and watch out anyone who gets in her way.  Carrie puts her mission on the line. Saul rubbed elbows with his adversary. Quinn is now involved in Carrie and Saul’s secret operation.  Did you see tonight’s episode, a lot more happened.  We have a full and detailed recap, right here for you.

Spoiler alert: If you’re one of those people who doesn’t like spoilers, stop reading now! We have some juicy spoilers for you about the season 3 episode 6 of Showtime’s “Homeland”

Official AMC synopsis of next week’s episode: “Carrie turns the tables on the brains behind the Langley bombing and enlists one of Iran’s most powerful operatives. Meanwhile, Saul struggles to keep an intrusive Sen. Lockhart at bay; and Dana makes a radical decision that changes her family forever.”

On next week’s show we are midway through the season and we still have not seen much of Brody, hope that is going to change soon.  The show is now barreling ahead and next week Carrie is going to get deeper and deeper into the mix to try to find out what happened at Langley.  She gets herself in some hot water with lying and a lie detector machine.

Homeland season 3 episode 6, “Still Positive”  airs on Showtime on November 3rd, 2013. Check out the preview video below and some photos of season 3 episode 6 and let us know in the comments below what you think!  Are you enjoying season 3 of Homeland?