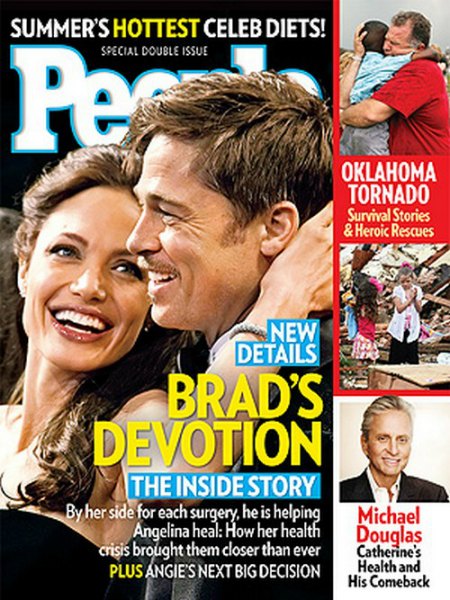 Angelina Jolie has been through quite a bit of a horror story with her surgeries, but her fiance Brad Pitt has always been there to support her. Can you imagine the amount of secrecy involved in trying to keep the news of her double mastectomy and reconstructive surgery under wraps? They are such a high profile couple that it had to be hard — and add on top of that the fact that their six children were in need of parents. Brad probably had it super hard these past few months, no?

A source close to the couple said, “Brad did everything he could to keep things secret and protect Angie.”

According to People magazine, Brad and Angie had early doctor’s appointments scheduled and used rental cars to avoid being found out. The insider revealed, “They really wanted Angie to be able to recover and rest before they shared the story.”

People has the rest of the story:

The actress’s medical ordeal only deepened the bond between Jolie, 37, and Pitt, 49, a couple for seven years. Those close to them say the pair’s teamwork is always on display, in public and private.

“They are very loving and inspiring to each other, exchanging ideas,” says Jeremy Kleiner, a longtime exec at Pitt’s Plan B production company and producer on his upcoming movie World War Z.

On-set, “He would light up when his family showed up. It’s just a very cool thing to see.”

We are glad that Angelina is recovering so well and that she has Brad to help her along. Kudos to both of them for being such an inspiration to others.