Can Hugh Jackman Beat Daniel Day-Lewis for the Best Actor Oscar Based On His Popularity? 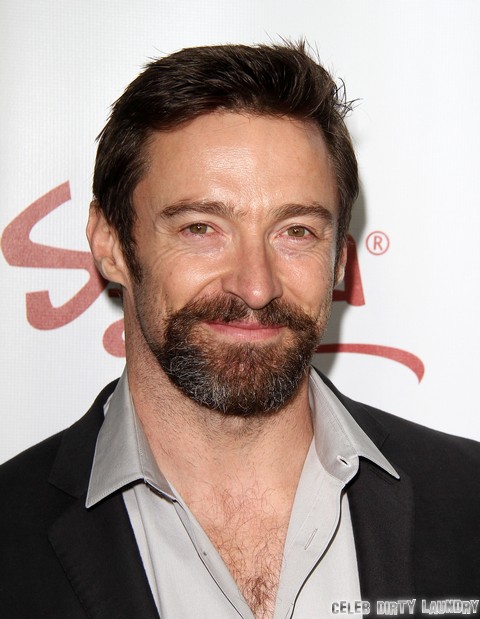 If you’ve been following the Oscars this year, you know that it’s actually a race, a fact that differentiates it from most of the previous years on that fact alone. In fact, almost every major category seems to be up for grabs, including the highly coveted Best Picture, Best Director, Best Actress, Best Actor, and Best Supporting Actor. At this point, the only real lock is Anne Hathaway in the Best Supporting Actress field, but Oscar prognostications say that even there, there is a chance that Sally Field might pull an upset.

Why is this year so different to the previous years? For one, it’s actually got a long list of GOOD movies, and movies that people actually saw and enjoyed. Contrast that to last year, where it was a one horse race with The Artist, a movie that barely anyone saw and most of the public didn’t even know existed until the Oscars. This year has one of the highest ratio of 100 million dollar movies in the Best Picture nominee list, and apart from Amour and Beasts of the Southern Wild, they seem to have succeeded at the box office as well as with the critics.

Right now, there’s less than a month left until the Oscars, with one major awards show in-between [The BAFTAs]. After Ben Affleck’s snub for Best Director, Argo seems to be winning a lot of the major awards, but the Academy support for him still seems to be tepid, especially considering that they were the ones who didn’t vote for him the in the first place. Best Picture really seems to come down to Argo [because the Academy might be feeling sorry for Ben Affleck, oh you poor movie star, we’re sorry we didn’t give you a nomination for Best Director, here’s the award for Best Picture instead] and Lincoln [although the Academy is notorious with snubbing Spielberg]. The dark horses are pretty much every other movie, as Les Miserables, Zero Dark Thirty, and Life of Pi all have their passionate advocates as well. Best Actress has come down to Jessica Chastain vs. Jennifer Lawrence [with a possible steal from Emmanuelle Riva], and Best Supporting Actor is really anyone’s game at this point.

The biggest change in the race, as noted before by different sites, seems to be how much popular support is being thrown behind Hugh Jackman for Best Actor. While everyone assumed that Daniel Day-Lewis would sweep the awards for his performance in Lincoln [and he has so far managed to do just that], Hugh has slowly but steadily been building a solid Oscar campaign by appearing on talk shows and interviews, and it has really proven how likeable the guy really is. The Academy loves him, everyone who knows him loves him, and he has one of the best reputations in the industry, both as an actor and a person.

During the Oscar luncheon the other day, a reporter from the Hollywood Reporter even noted that Hugh got the most applause out of any actor there. Does that really mean anything? Well, it means that the Academy members that were present that day were most enthusiastic about him [although, to be fair, Daniel Day-Lewis wasn’t even present during the luncheon]. However, after winning the Golden Globe for Best Actor in a Musical, and being much more visible than Day-Lewis on television and the circuit in general, one has to wonder whether the tide might not tip in his favor, especially considering that he has no Oscar, when Daniel Day-Lewis already has two. Yes, that’s right, he has two and this would mark his third. Does he really need another one? Methinks not, and that Hugh deserves it, and if it comes down to popularity [not acting talent, just pure popularity], then he would win by a mile. And aren’t the Oscars mostly just a popularity contest anyway? I guess we’ll find out on February 24th.