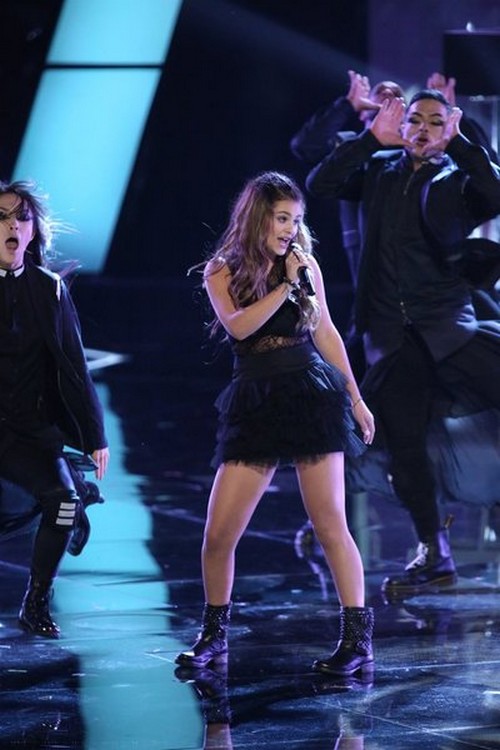 Jacquie Lee took the stage tonight on THE VOICE for her Top 8 video performance. Jacquie Lee sang “Who’s Lovin’ You” by Smokey Robinson/Michael Jackson.  Tonight’s show the remaining artists from each coach, Christina Aguilera, Adam Levine, CeeLo Green and Blake Shelton team performed live for America’s vote and the chance to move on to the Top 6.

Judges Comments:  “Christina says she loves Jaquie so much and the soul in her voice just really makes her so happy to hear her; she loved seeing her getting up there and singing her heart out.  Adam says that he always wondered how she can portray all this heart break so well; it’s amazing to see how she can do this with such powerful vocals. Blake says that it was full of energy and dynamics; he has no idea who she was singing to but they probably fell in love with her.”

On last week’s show Jacquie sang “Clarity” the judges had this to say about her performances, “Christina says that she is so lovely and loved seeing her in that setting; she believes the vulnerable feel was very touching. CeeLo says that she is one of the best they have but some moments in the early bits of the song was a little unnerving; but it was still awesome. Blake says that he agrees with CeeLo and wants to see Jacquie do some stronger songs. Adam says that she is very young, but what she did was very beautiful and commends her on it.”