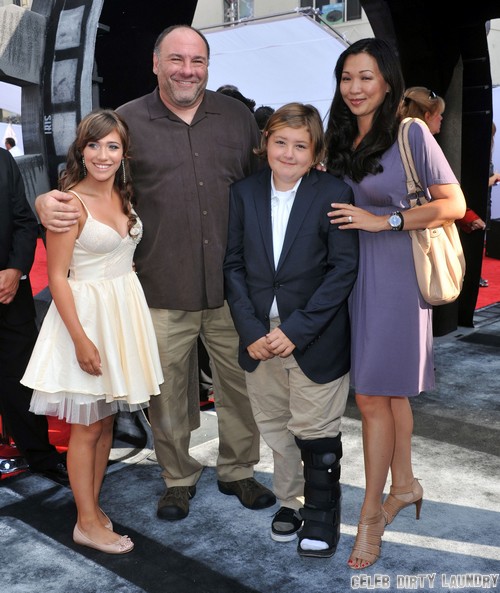 James Gandolfini’s career began in 1992 when he starred alongside Melanie Griffith in the heavily criticized Sidney Lumet film, A Stranger Among Us. Almost a decade later, after several insignificant film roles, Gandolfini’s career finally hit the stratosphere when he was cast in the HBO juggernaut, The Sopranos – a show for which he won no less than 13 television awards as the tough talking, no nonsense mafia boss, Tony Soprano.

Exactly six years and nine days after The Sopranos ended its successful run, Gandolfini passed away from a heart attack at the age of 51. He was scheduled to partake in the 59th Taormina Film Festival in Italy this upcoming weekend when he died from sudden cardiac arrest while vacationing in Rome.

Condolences poured in from his friends and former co-stars when the news broke of his death. Lorraine Bracco commented, “We lost a giant today. I am utterly heartbroken.” David Chase, the creator of The Sopranos, called Gandolfini a “genius” and a “partner and brother”, while Susan Sarandon praised him as “one of the sweetest, funniest, most generous actors I’ve ever worked with.” Mark Armstrong and Nancy Sanders, Gandolfini’s managers, also released a statement in which they said, “Our hearts are shattered and we will miss him deeply. He and his family were part of our family for many years and we are all grieving.”

“It is a dark, dark world. If you’re going to be in a dark world, I can’t think of any better one to be in. I still think I’m very lucky to be in it.” – James Gandolfini

We send our love and prayers to his family during this difficult time. Let us know your thoughts on his death in the comment section below.