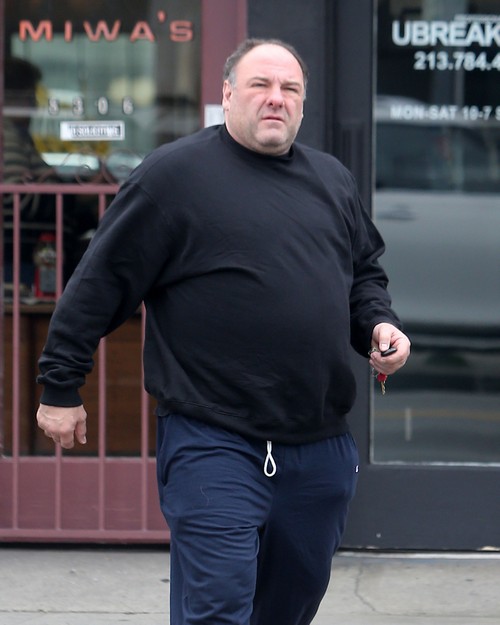 Did drug and alcohol abuse ultimately kill James Gandolfini? Did chronic alcoholism and cocaine abuse lead to his serious cardiovascular disease?  Well the evidence is 100% yes.  And after his final booze-soaked rich and large dinner he copped the fatal heart attack that killed him.

James Gandolfini’s death in Rome really seems to have rocked Hollywood this week. Fellow actors loved and respected him and his friends back in Jersey say that he remained one of the nicest people that they’d ever met. Unfortunately the actor had a really difficult time beating back some of his personal demons and they ultimately seem to have played a large hand in his early death.

The New York Post is reporting that a few hours before the massive heart attack killed Gandolfini he was spotted at dinner downing four shots of rum, two pina coladas, and two beers — while he chowed down on two orders of fried king prawns and a “large portion” of foie gras at dinner with his son.  That’s an awful lot of booze and heavy fat-laden food to inhale in just one sitting!

As the dust settles we’re starting to also hear stories about Gandolfini still attending Alcoholics Anonymous meetings on Perry St. in the West Village but some who attended with him say he didn’t seem too keen on really getting sober. The Post also quotes a source as saying, “I can confirm he has been known to blow lines and drink like an Irish sailor on weekend leave.”

Gandolfini was a big Italian guy that loved his food and drinks (and cocaine), that much is clear. It also sounds like those rehab stints for cocaine addiction might not have been too successful and when you put all of these things together you get a recipe for cardiovascular disease with potentially fatal heart ailments.

An autopsy has been scheduled for today and while the actor may have died of natural causes it’s pretty clear that he sped up the process by some of his lifestyle choices. Do you believe that Gandolfini’s hard living led to his early death? Tell us your thoughts in the comments below