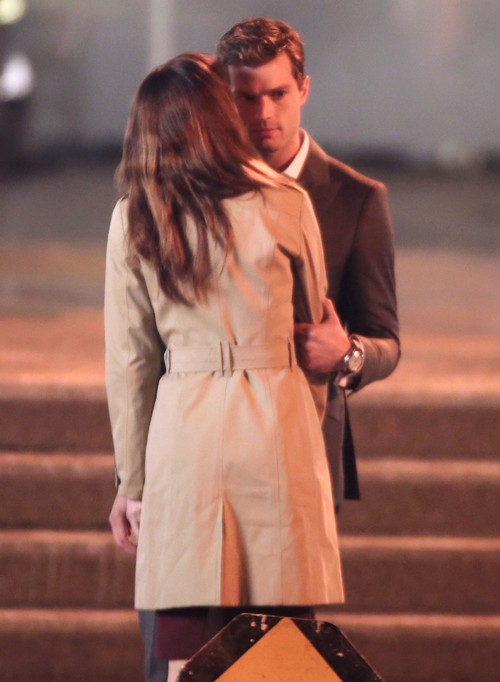 According to Star Magazine and basic common sense, Jamie Dornan is going to be full frontal in Fifty Shades of Grey. Um, duh. Was there ever any question of this? The movie’s about sex, of course the lead actor’s going to get naked and reveal everything. So is the lead actress. It kind of comes with the source material, and there’s no way producers are going to change that.

Regardless, Star’s ‘source’ lists very obvious facts about the movie, explaining, “Fifty Shades of Grey producers know they have to make the screen version just as steamy as the novel to make it a success. They can’t turn it into a Disney movie.”

That’s not even considering that a milder version of the story isn’t even possible. How are you going to make a movie about sex and nudity without the sex and nudity? If you Disney-fy the story, there is absolutely nothing left.

What do you guys think? Are you happy that Jamie will be going full frontal? And will you actually be one of the people who goes to see Fifty Shades of Grey in theaters? Let us know your thoughts in the comments.