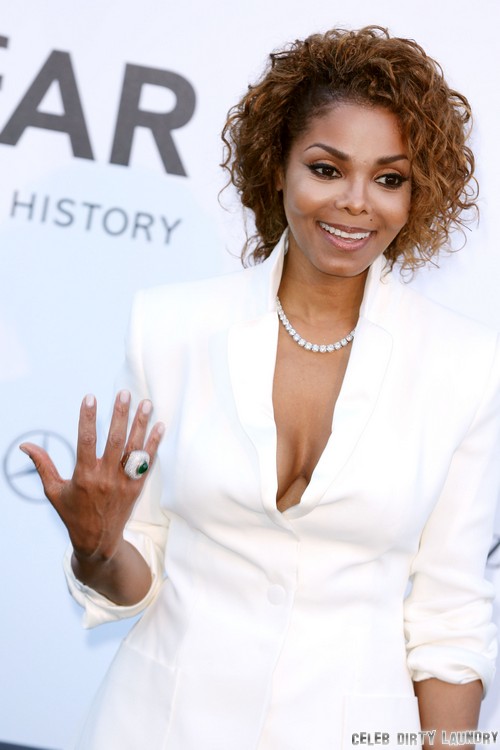 Between Paris Jackson’s suicide attempt and Michael Jackson’s family’s wrongful death suit it seems like this week has been filled with news about the troubled and twisted Hollywood family. It’s amazing to me how a family that hasn’t performed in so long still feels entitled to everything and anything. Apparently Janet Jackson would agree with me on this point!

According to the June 17th print edition of National Enquirer, Janet is beyond tired of her five freeloading brothers! The Enquirer says the faded superstar has made over a billion dollars off of tours and successful records over the years and the line of her brothers looking for a hand out seems to have been long and winding! Janet has supposedly been very generous, helping with foreclosures, late child support payments, you name it. She basically picked up taking care of her brothers exactly where Michael left off until recently deciding to put her foot down.

Janet realized that the guys are ungrateful and no matter what she does it’ll never be enough and that in essence she has enabled their lazy behavior. This caused Janet to reconsider and she has stopped supporting everyone. The fear is that if her mother, Katherine Jackson scores any kind of payout from the wrongful death suit that then the Jackson brothers will be nipping at her heels for money. You can count on that one! While Janet isn’t wishing any problems on her mother, she wouldn’t mind if they turned to someone else for help for a while. Four years is a long time to have bailed out her five foolish siblings!

Is Janet right to pull the plug on financial assistance to her mooch brothers or should she help her family no matter what? After all, without Michael’s brilliant genius Janet’s career would have been non-existent.  Who would have noticed her? Let’s face the facts – the only Jackson with the talent to be a superstar was Michael – and the entire family – from mother and father – down to sisters and brothers – made their way on his back and continue to do so. Tell us your thoughts in the comments below!