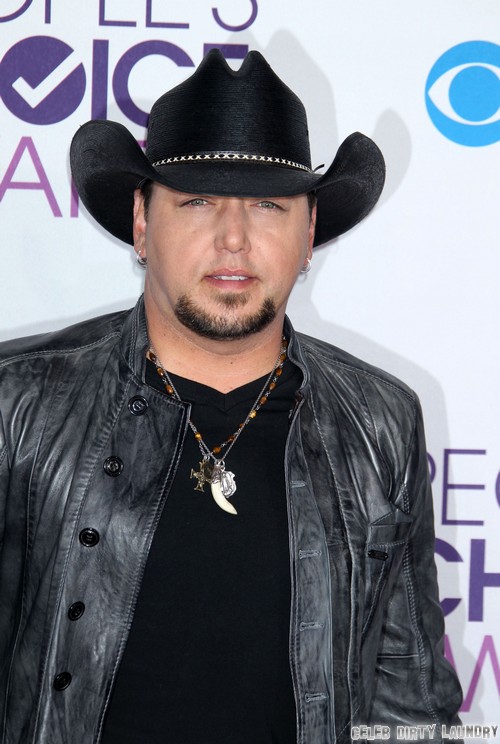 In a move that surprises absolutely no one, country singer Jason Aldean has filed for divorce from his wife Jessica Ussery.

Their marriage troubles began back in September when he was spotted at a nightclub kissing all over former American Idol contestant Brittany Kerr.

On April 26th, Jason announced that he and Jessica had separated from one another, but mentioned nothing of getting a divorce. But, it was the same day that the country superstar filed the divorce papers in Tennessee, citing irreconcilable differences.

Jason and Jessica have two children together and have been married for eleven years. They were high school sweethearts.

Let’s hope that she takes him for everything she can get! Cheating cheater! What do you think? Brittany Kerr is obviously a homewrecker! There’s no way she didn’t know that he was already married! Thoughts?