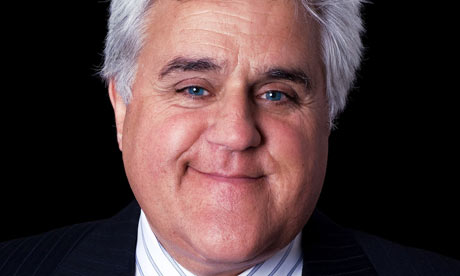 Celeb Dirty Laundry’s overworked elves went on a top secret mission to Jay Leno’s house. They climbed through the windows like rabid Kardashians on a hunting trip, skydived onto the silky floors, and snuck past Leno’s sleeping chin. In his office, our Botox elves discovered the secrets to the universe and some Emmy Awards dressed in tiny suits. They found a birth certificate for Leno’s chin, a pot of frozen tears, and a letter sealed in an envelope smelling of sadness.

Earlier today, while we sucked on cold coffee and chewed Ritalin, our elves opened this letter and released a collective scream.

This is what they found:

For more than 20 years I made you laugh and cry with my drum-roll monologues and my acerbic sense of humor. I always knew that one day I would have to say goodbye and let Kristen Stewart take my place. I wasn’t afraid of change, nor was I afraid of losing my popular chin and my perfectly coiffed hair, because I understood the terms and conditions of my twenty year television existence. I understood why you kept my brain in a vat filled with unicorn tears and why my fake coffee mug tasted like Bruce Jenner’s lips. Yes, I might look like Chaz Bono with prettier hair, and yes, I might have had my dialogue written by Stephenie Meyer, but I’m still a man, standing in front of a television network, asking those in charge to love him.

Although the end is here and although I face the final curtain, I still have my Emmy Awards, my dashing smile, my beautiful chin, my TiVo recordings of sad reality shows, and my pristine collection of The Carpenters’ music.

NBC and Jimmy Fallon, I leave you with these final words to remember me by:

My friend, I’ll say it clear
I’ll state my case, of which I’m certain
I’ve lived a life that’s full
I traveled each and ev’ry highway
And more, much more than this, I did it my way

IF You Want The Real Scoop On Leno and Fallon Check Out EARSUCKER RIGHT HERE!!