Jef Holm Wants Hook Up with Ashley Tisdale To Get a New Reality Show After Nasty Emily Maynard Break Up! 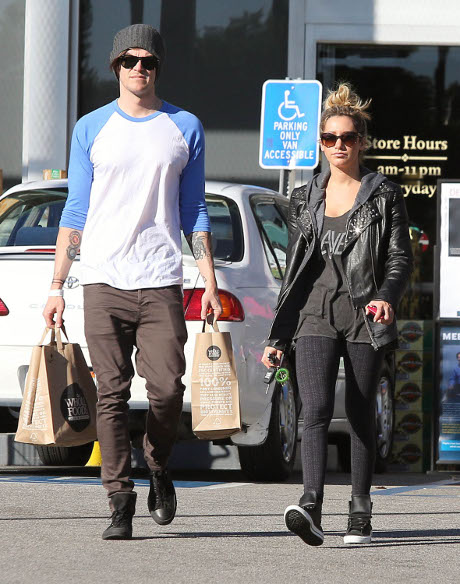 Jef Holm may have come across as the shy, sweet, hipster kid on Emily Maynard’s season of The Bachelorette, but his time in the public eye since then has shown that he’s nothing more than a social climber who will step on anyone to get ahead. Who’s his next rung on the ladder to fame? Disney starlet Ashley Tisdale! Jef Holm and Ashley Tisdale met at Jingle Ball in early December, and he is working his butt off on their relationship. Not because he loves her, but because she has a reality TV production company, and he’s eyeing a new show!

A source reported to Star Magazine, print edition January 14, 2013, “Jef became friend with [Ashley’s older sister] Jennifer and has been pushing her to hook him up with Ashley, which Jennifer is more than happy to help with. Jennifer . . . normally isn’t a fan of her boyfriends, but she thinks Jef is a really great guy and would be perfect for Ashley.” You may be thinking that Jef is as sweet as he looks—remember when he gave Emily the marionette doll as a gift for her daughter Ricki Hendricks? Sweet, right? Well, Jef has a spiteful side too, and has been scorning Emily by buddying up with her ex Arie Luyendyk Jr. The guys have a total bromance, and travel the US together, picking up girls and participating in carefree photo ops.

But Jef’s motives with Ashley are less about his heart wanting what it wants, and more about his wallet! “Ashley and her sister have a successful production company . . . so he’s hoping Ashley and Jennifer will develop a new show for him.” Well, that could be a normal-ish friend thing to do, right? Innocent enough? Wrong! The insider explains that Jef “wants to stay in the spotlight no matter what—it was the main reason het ried to reconcile with Emily. But since that’s not happening, Ashley and Jennifer are his backup plan.”

It’s a normal story: boy meets girl on TV, boy wins girl, boy dumps girl, boy reunites with girl, boy dumps girl, boy milks new girl for new TV show. Oldest story in the book! For those of you thinking this is some sort of modern, cable TV version of a Napoleon complex, you’re right on! The insider joked, “He’s such a small dude, but Jef is super cocky.” Ashley has been connected to singer Christopher French, but Jef isn’t bothered. In fact, “he thinks he actually has a shot with her.” Do you think Ashley will dump her musician boy friend for a celeb wannabe? Would Jef Holm/Ashley Tisdale dating make you happy — do you think they make a spicy couple?