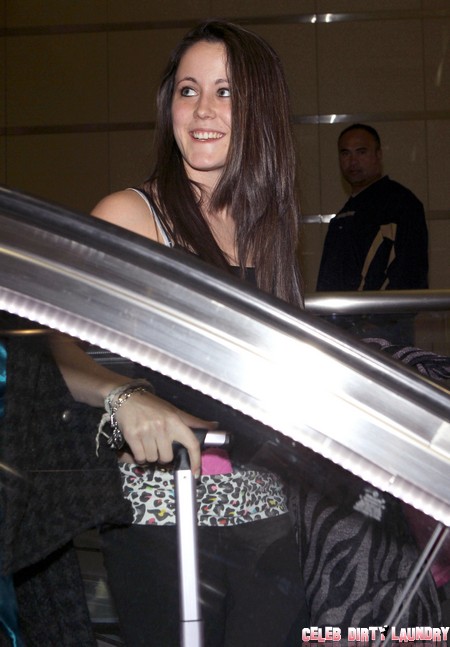 As far as epic, modern romances go, the story of Jenelle Evans and Courtland Rogers doesn’t quite make top ten. The Teen Mom eloped with her longtime acquaintance—all the way to their local courthouse, where Courtland was forced to report for a felony charge. Two birds, one stone!

Since their hasty wedding, the pair have had at least one huge fight, during which Jenelle tweeted that their marriage was over because he was cheating with his ex girlfriend and baby mama. Now, the couple are pregnant and their problems seem to be increasing exponentially—not only does Courtland have pending charges, Jenelle still hasn’t gotten her life together and earned back custody of her first child, Jace.

Their future doesn’t look good, because Courtland would rather party all night and leave Jenelle alone! “I went out last night and got wasted and came home at 3 am and I left my pregnant wife asleep by herself but I didn’t cheat. I just left,” Courtland tweeted. But Jenelle doesn’t trust his explanation—probably because if it’s true, it’s grounded in crappy-husband-behavior. Seriously, what does it say about this guy that he’s more interested in binge drinking than being a good husband and preparing for a baby? Jenelle tweeted, “It was way worse then that.” Besides the obvious issue of immaturity and abandonment, what went down?

Jenelle is wildly temperamental, and prefers casting judgment, rather than receiving it. But as unpredictable and crazy as she is, it isn’t like her to keep mum on family drama! During their last fight—which started when Courtland called his ex at 11pm to ‘say goodnight to his daughter,’—Jenelle was crying ‘cheater’ from the rooftops. What’s happened that she’s so unwilling to dish? Could their lackluster marriage be on the rocks—will Jenelle be a single mom, again?