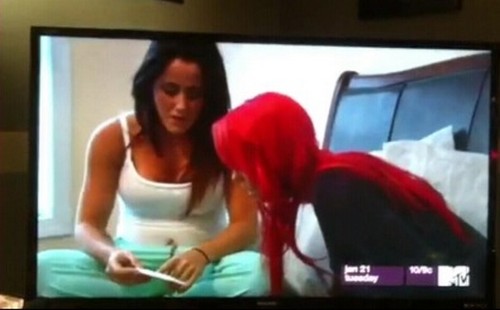 When you are the star of a reality television show, it is pointless to try to lie your way out of things, because your entire life is videotaped and the truth will come out sooner or later. Teen Mom 2’s Jenelle Evans still hasn’t seemed to have learned that lesson though.

When Jenelle Evans confirmed she was indeed pregnant a few weeks ago, she faced a ton of backlash from Teen Mom fans, who didn’t think she was suitable to be a mother (considering her Mom Barbara has custody of her first son Jace the accusations have merit). Less than two days after her pregnancy was confirmed a source close to the star told Radar Online that Jenelle was drinking heavily in Philadelphia on October 18th. Jenelle attempted to shoot down the rumors that she was drinking while pregnant, but not too many people bought it. She claimed she didn’t know she was pregnant until after her trip to Philadelphia, and that she hasn’t drank or done any drugs since she found out she was pregnant.

We didn’t buy Jenelle’s claims though. And, now we have proof that she was drinking after she found out she was pregnant. MTV released another preview of Teen Mom 2 Season 5 (which is set to air in January 2013) and in the clip Jenelle is showing her friend Tori a positive pregnancy test. The things is, in the clip Tori’s hair is dyed an obnoxious bright red. Jenelle and Tori both posted pictures of Tori’s hair the day that Jenelle helped her dye it, which was September 28th. By the middle of October Tori’s hair had already faded to a light orange color in her Twitter photos. Tori and Jenelle obviously shot the positive pregnancy test scene at the beginning of October, BEFORE Jenelle’s infamous drinking bender in Philadelphia.  This proves that Jenelle had knowledge of her positive pregnancy test well before she was drinking heavily in Philly on October 18th.

Jenelle Evans was fully aware of her pregnancy when she got wasted in October. Shame on her! 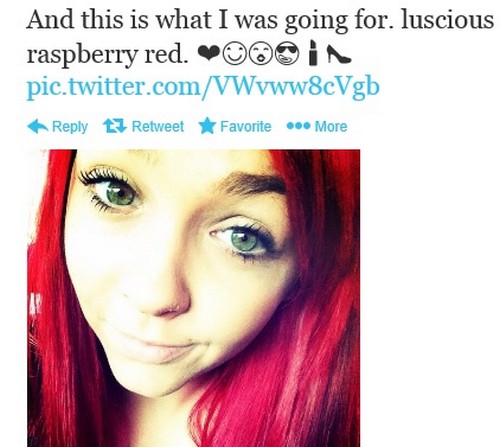