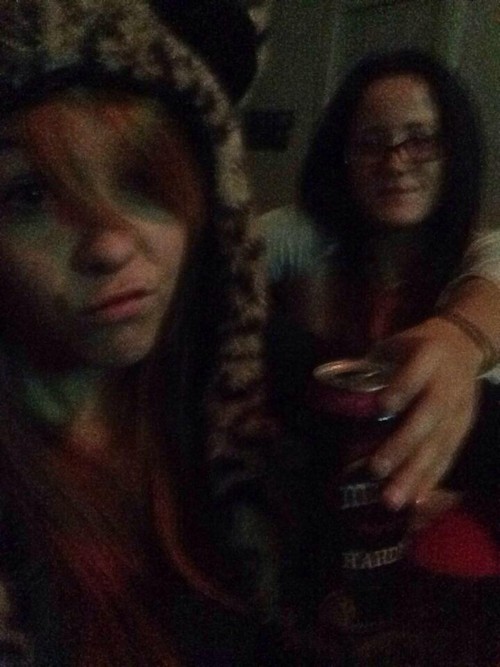 Today in an exclusive interview with MTV Teen Mom 2’s Jenelle Evans confirmed she is indeed pregnant with her second child, which probably didn’t come as much of a shock considering Celeb Dirty Laundry broke the story two days ago ahead of all other outlets on the web.

In the interview Jenelle wanted to let Teen Mom 2 viewers know that she has “changed.” Apparently we are all supposed to ignore the fact that she has been arrested over nine times, there are nude photos of her all over the internet, she struggled with a heroin addiction on national television, and that she is currently married to inmate Courtland Rogers and pregnant by someone else.

Has Jenelle Evans really changed? No! In the interview she mentioned that she has already completed her first trimester of pregnancy. The first trimester of pregnancy is considered the first three months. So, she is at least three months pregnant, meaning she has been pregnant since before September 12th. On September 13th Jenelle Evans made news when she was picked up with her putative baby-daddy Nathan Griffith and hauled off to jail after a high-speed chase with police. On the officer’s dash-board cam Jenelle was seen clearly under the influence of alcohol and/or drugs, and she told the officer they were speeding because they were trying to have sex in the car. Jenelle Evans was using drugs and/or alcohol while she was pregnant! And, putting her new baby in danger by riding in a car with Nathan who was speeding and driving recklessly. And, on September 26th she posted a photo of herself on Twitter drinking Mike’s Hard Lemonade.

Apparently we aren’t the only ones that have done some math and realized that Jenelle Evans has been drinking and doing drugs while she was pregnant. A friend of Jenelle’s has come forward and confirmed to Radar Online that she was partying in Philadelphia after she found out she was pregnant, and drunk so much she was hung over the next day. Wow, Jenelle, you sure have changed your ways!