Teen Mom’s Jenelle Evans was Spending $400 a Day On Drugs — Out Of Control and Still Addicted? 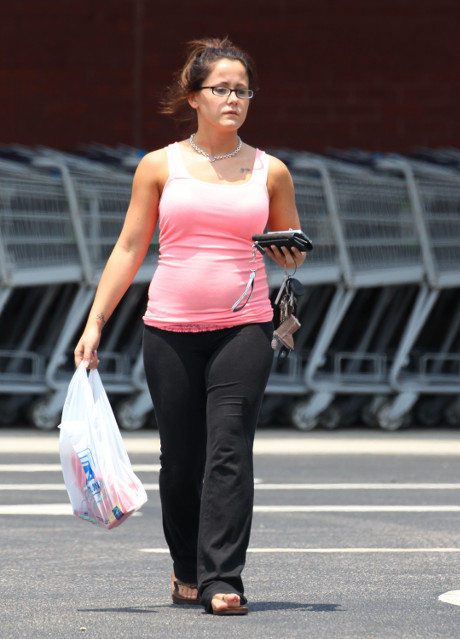 Evans recently admitted that when she was at her lowest point of heroin addiction, she was spending up to 400 dollars a day for drugs. In response to allegations that she was being careless with her money and spending too much on drugs, Jenelle wrote, “Actually it was $400, and addiction is a disease so u shouldn’t put me down. I’m sober now.”

Radar Online’s source reveals that Jenelle is trying her best not to hide any information from her past, saying, “She doesn’t want to hide it anymore. Jenelle did the drugs, she’s sober now and she isn’t afraid to talk about it.”

That would make complete sense if Jenelle, in fact, could prove that she was done with drugs. She claims to have been clean for a while, but she was caught with drugs only a few months ago – during a time period in which she claimed that she was completely clean.

There were rumors that all the controversy surrounding Jenelle [including her heroin addiction] was cooked up by MTV for ratings. However, that was never proven – although Jenelle certainly spends enough time talking about it.

She also reportedly failed a drug test just a few weeks ago, so her claiming to be ‘sober’ now doesn’t really ring true, does it? There’s basically too many moving pieces that contradict her story, and until she proves that she’s sober and clean through her behavior, I don’t think anyone will believe her.