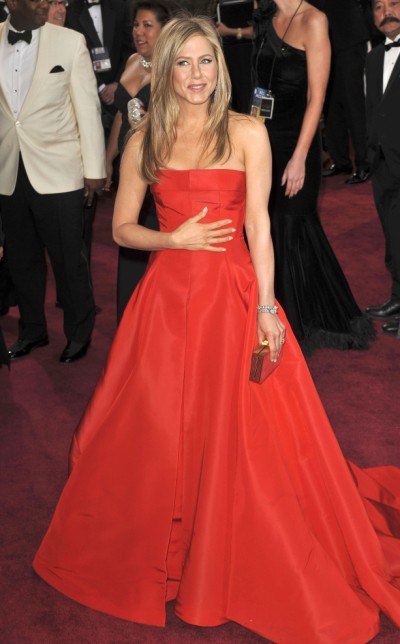 I’m actually surprised Jennifer Aniston isn’t calling up Angelina Jolie for this little bit of advice. Charlize Theron is a fine choice, I guess. But she’s only adopted once. What does she really know anyway?

Perhaps that’s next week’s story. This week we’re dealing with Jennifer Aniston adopting and she’s going to Charlize for all the details. According to Radar Online, Jen’s hoping to get the baby process started as soon as possible after her upcoming nuptials take place. Apparently Jen’s mind isn’t completely decided on adoption yet because she’s still considering surrogacy like Sarah Jessica Parker but she wants to be as informed as she can be. Charlize is really pushing adoption because she said it was the most “rewarding thing she’s ever done”. Does that sound like something Jen would say? I can’t see it. I have a feeling Jen and Justin Theroux will try the surrogacy thing before they adopt.

I hate to take everything back to that demon (really, I don’t) but she’s cornered the market on adoption and Jen is loathe to do anything that would compare their lifestyles. Up until now she’s done a pretty good job of distinguishing herself a part. Pathetic and shallow to say, if she adopts she might lose that. Do you think Jen thinks about those things? I think about them for her because I can be shallow and pathetic but we put our stars on such high pedestals. I definitely think it’s crossed her mind. So far Angelina has never used a surrogate so it’s uncharted territory for this love triangle. It would be the safe option. That is if she’s even considering children and, I got to tell you, I’m not sold on that idea. How ’bout you?