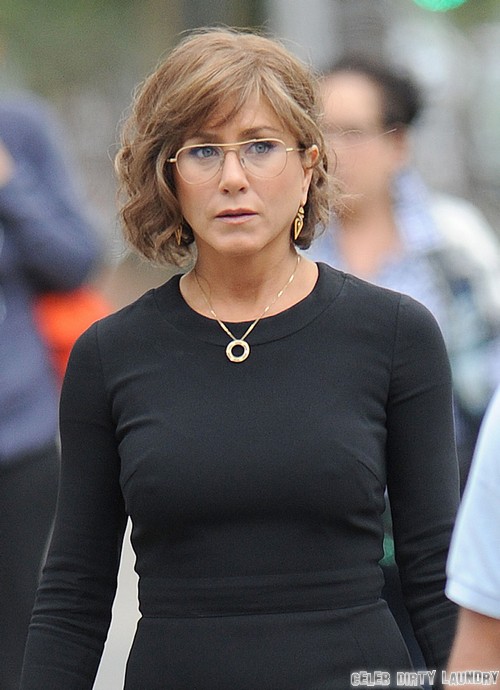 If this latest report is true, that means that Jennifer Aniston still hasn’t gotten over Angelina Jolie. So after all these years and several relationships, could Jennifer still be bitter that Angelina ‘stole’ Brad Pitt from her?

According to a new report from Star Magazine, Jennifer still hods such a strong grudge that she was furious when she found out that a character in her latest movie was named ‘Angie’. A source claims that while Jennifer was filming Squirrel to the Nuts this summer, she was mad that a major character in the film was named Angie since it reminded her of Angelina Jolie.

A source explains, “The original script had a role named Angie, and it infuriated Jen. She cringed whenever she heard it. Production was scheduled to start on a Monday but Jen didn’t arrive until Wednesday because the scripts had to be revised first.”

The rest of the report focuses on Jennifer acting like a diva on set, but that’s nothing new. Jennifer needs an army of people with her at all times, including her hair person, her makeup person, etc. – you get the picture.

Anyway, we did some research into this report and while there’s not much available about the original draft of Squirrel to the Nuts, there is no production copy that shows that the character’s name was initially Angie. However, I could totally see how Jennifer would pull rank to get rid of Angie as the character, and it makes me wonder just how ‘over’ Angelina and Brad she really is. After all, she’s also the one who decided to change flights after finding out Angelina would be on it, and the whole thing just makes her look petty and Angelina look better.