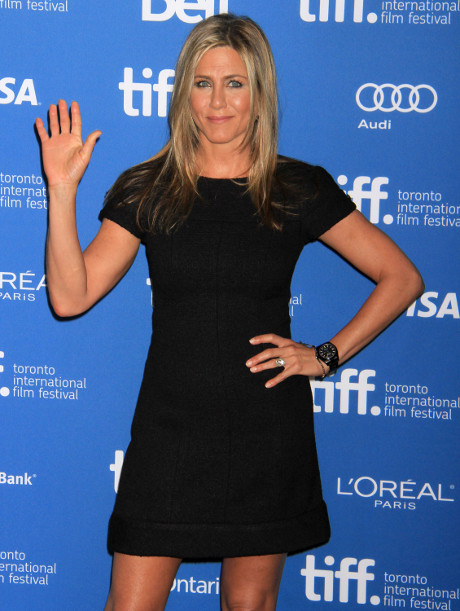 Jennifer Aniston’s departure from the Friends comedy TV series seems like a distant memory. Jennifer has since dashed through film after film and has arguably found the greatest amount of success, when compared to her fellow Friends co-stars. Jennifer Aniston has flown to higher grounds and may think of Lisa Kudrow, Courtney Cox, Matthew Perry, David Schwimmer, and Matt LeBlanc as a bunch of castaways stranded in Hollywood Fairyland. And she’s not at all interested in coming to their rescue — or participating in a Friends reunion that could potentially revitalize their careers.

Matthew Perry has struggled over the years to land — and hold onto — new, fresh, and innovative TV shows, so out of all the Friends stars, perhaps he’d be most inclined to jump back on the Friends ship. Lisa Kudrow seems to think a reunion would serve no purpose at all other than to show the world how much older they’ve all gotten. Matt LeBlanc shares Lisa’s sentiment. (And we do, too).

We’d just like to state again what’s been stated over and over and over again: There’s probably NEVER going to be a Friends reunion, so people should just stop talking about, quit blaming Jennifer Aniston for being the ultimate road block, and move on with their lives.