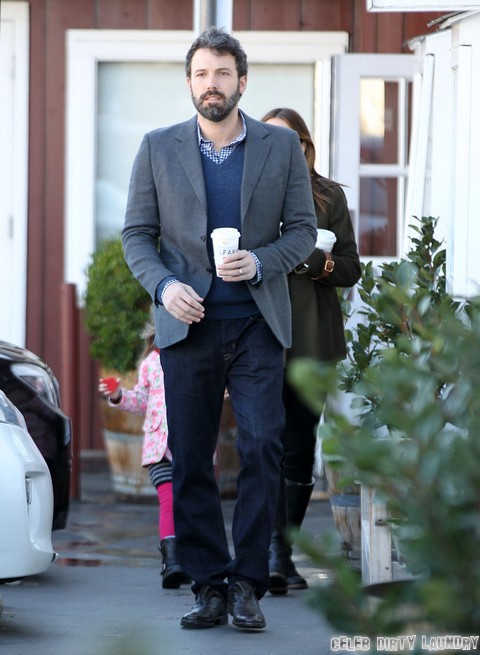 While so many of Ben Affleck’s fans are scratching their heads at the news that he has been cast as the next Batman, no one has more mixed feelings about it than his wife, Jennifer Garner. She has spent the last few years at home, taking care of the couples’ three children while supporting Ben’s career. No doubt she is prouder than proud of his Oscar success with Argo and understands that a happily successful husband only helps the mood of the entire family, but she still misses her career.

According to the Sept. 2nd print edition of Star Magazine Jen is kind of over the whole family thing. Sure she absolutely loves her kids and husband, but she was recently hoping that Ben would spend some time as Mr. Mom so that she can go back to work. Don’t forget, at one time Jen’s career was hotter than Ben’s (Gigli anyone) and she believes that the best projects are still around the corner for her.

I have to wonder how (not) excited she was when she heard that Ben was offered the role of Batman. I’m guessing it’s an opportunity that you just don’t pass up, but in taking the role it means that Jen will be on family duty alone for quite awhile longer. Actually I can see Ben doing drama or comedy roles galore but a superhero just doesn’t work for me. Is this the next role that Ben should jump on to take him away from his family or will it ultimately be a huge career faux pas?

After coming off such a successful year and riding that wave of Hollywood praise I can’t help but wonder if this will not only take a toll on Jen but also bring Ben’s career crashing down on him. What do you think? Would you rather see Jen score a great role than have Ben cast as Batman? Tell us your thoughts in the comments below.