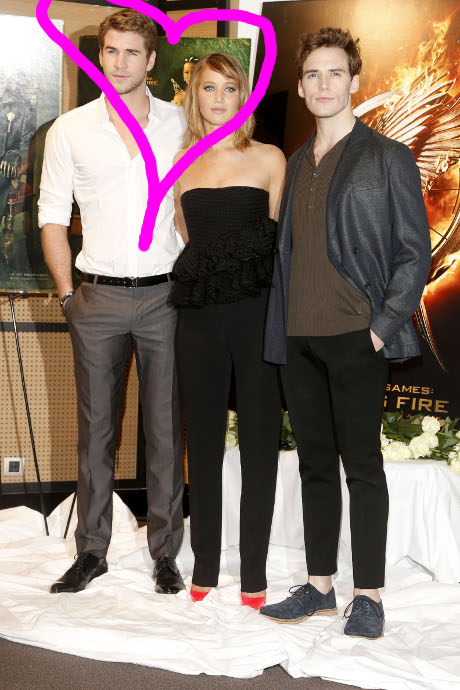 I have to admit, until now I never even thought of a Jennifer Lawrence and Liam Hemsworth pairing, but I actually really like it! The duo was caught getting all touchy-feely in Cannes at the Hunger Games: Catching Fire VIP party and they really got tongues wagging by their PDA. According to the June 3rd print edition of Star, Liam and Jen have always had crazy chemistry but never acted on it because they were both involved with other people.

Jen is now clearly available and Liam is rumored to be as well. He and Miley Cyrus have spent time together but it’s more about her fearing for her fragility than it is a love match at this point. Liam spent years dealing with the clingy and attention seeking ex Disney star and he was afraid that a clean break would send her spiraling even more out of control. I’m not sure that you can really hold someone’s hand while breaking their heart either though.

At any rate, Liam is really into Jen. He loves the self confidence that she has and the fact that she has busted her ass to get the kind of career that she wants for herself. It looks like a path has been cleared for them to get together finally. Do you think Liam is Jen’s type? She is supposedly just as anxious as he is to see if there’s a real chance for love to develop between them.

Are you still hoping for Miley and Liam to work things out? Even if they are spotted together it seems pretty clear that Liam has emotionally moved on from her don’t you think? That’s what allowed him to stray in the first place, isn’t it? Tell us your thoughts on Jen, Liam, and Miley in the comments below!