Melissa McCarthy Getting Revenge On Cousin Jenny McCarthy For Denying Acting Help Back in the Day! 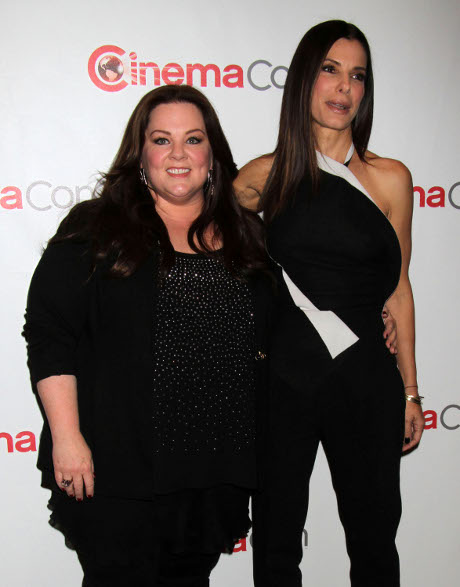 Little known fact: Melissa McCarthy is cousins with Jenny McCarthy. I mean, they obviously have the same last name, but people don’t often make the connection, especially since McCarthy is a fairly common last name. Either way, Star Magazine has released a new story about how Jenny McCarthy refused to help Melissa McCarthy way back when she was starting her career, and now Melissa is getting her revenge since she’s the in-demand star and her cousin is just a lowly host of some random VH1 show.

According to the report, Melissa and Jenny are ‘fighting’ because Melissa refuses to help Jenny with her flagging career. An insider says, “In the 90s, Jenny’s career was doing well, but she barely helped Melissa get acting gigs. Jenny told her she wouldn’t make it because of her weight.”

Of course, now Melissa McCarthy has her own hit TV show [Mike & Molly] and numerous hit films, whereas Jenny is hosting a random VH1 talk show that doesn’t even draw celebrity guests. According to this source, Jenny desperately wanted a cameo in Melissa’s latest film with Sandra Bullock, ‘The Heat’. The insider adds that this didn’t work out, explaining, “Melissa hasn’t forgiven Jenny for refusing to help her and calling her fat.”

What do you guys think? I have no idea what kind of relationship Melissa and Jenny have, so I can’t gauge whether this is true or not. But if it was me in Melissa’s position, I would do the exact same thing. I’m not going to help someone who refused to help me and then had the nerve to tell me that I couldn’t succeed. Forgiveness is good blah blah blah – I don’t care. If the story’s true, Jenny had it coming. Plus, Melissa has talent in spades and Jenny does . . . not.