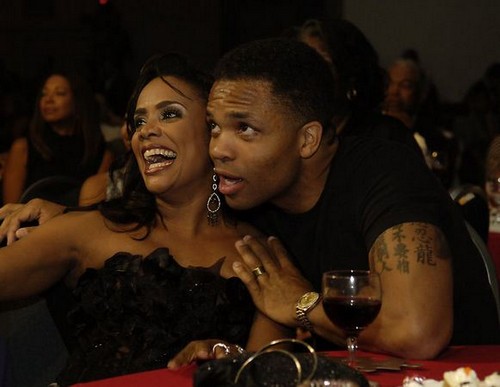 Jesse Jackson Jr. has finally ‘manned up’ and is going to prison for 30 months. The former star of the Democratic party had a messy end to his political career when it was revealed that his campaign finances were used to fund his excessive spending habits. He reportedly misused almost $750,000 in campaign funds, and his wife Sandi [Jackson] received a 12 month sentence for her part in the scandal.

Jesse, on the other hand, was sentenced to 30 months. He stated before the trial that he ‘misled the American people’, and after the trial, shared his thoughts on his future. He stated, “I still, believe in the power of forgiveness. I believe in the power of redemption. Today I manned up and tried to accept responsibility for the error of my ways.” He did also ask the judge not to punish his wife, saying, “I ask that my kids not suffer from my actions. If probation is not available to my wife, give me her time.”

His wife echoed that statement during the court hearing, and asked [while crying], “I stand before you today asking for mercy. My heart breaks every day with the pain it’s caused my babies. I ask the court for mercy.” Her appeal might have worked because she ended up getting a significantly lighter sentence than her husband.

Finally, Jackson also appealed for a prison that’s far away, saying, “I ask for Alabama so I can be as far away from everybody for a while as I can be. I want to make it a little inconvenient for everybody to get to me.”

What do you guys think about Jesse and Sandi’s conviction? In all honesty, I don’t think 12 and 30 months is enough time for what they did. It’s not like they were poor, and I can never understand how people who are in the top few percent of the earning bracket in the country end up getting so greedy. There needs to be stricter punishment for politicians, because it is the politicians that decide the country’s future – and at the rate we’re going, we absolutely can’t afford an even MORE corrupt political system than the one we already have right now.