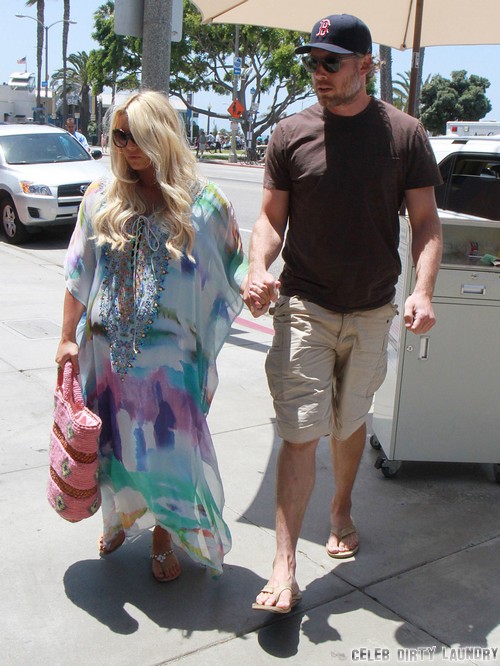 Apparently, since Jessica gave birth to their son last month, Eric has been feeling ‘neglected’ so he’s been going out. A source explains, “Jess is consumed by her two little ones. She forgets all about what Eric is up to. He says he might as well be invisible.” The source adds, “To blow off steam and feelings of being sidelined, Eric has taken to hitting the town. It’s like he has a double life. At home, he’s the perfect doting dad and hubby-to-be, but then he goes out with his old Yale buddies on partying binges. No one recognizes him when he’s not with Jess, so he gets away with it. It’s turning into a weekly thing.”

There were rumors that Eric was actually cheating on Jessica last year, so this is not that surprising. If it is true, it’s a pretty jerky move, to ditch your wife right after she gave birth. Of course she’s going to be ‘consumed’ with her children, that’s what parents are supposed to be! And I can totally believe that nobody would recognize Eric when he’s not with Jessica. I mean, he’s not exactly a household name, is he?

What do you guys think? Could Eric be leaving Jessica at home with the kids because he’s been feeling ‘left out’? Is he going out and partying without her? Calling it a ‘dark, double life’ might be stretching it a little, but is it possible that he’s been hiding all this from Jessica? Let us know your thoughts in the comments.