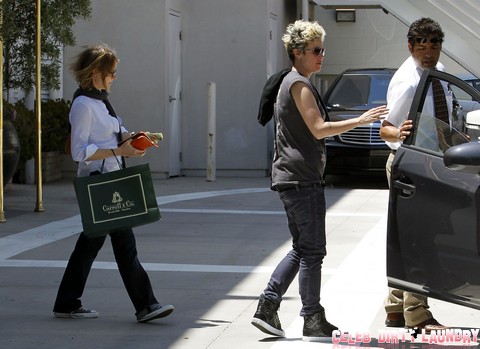 Remember back in the late 1990’s when everybody loved Rosie O’Donnell? Back when her talk show pretty much ruled daytime and she was the authority on an awful lot all while lending a friendly ear to the guests lucky enough to grace her couch each day? Yeah, well those days are long gone and even Oprah Winfrey agreed when she shut down production on Rosie’s most recent gabfest.

Not one to stay out of the limelight for long, Rosie realizes she needs a new schtick and is in the process of putting together a book on Lesbian parenting. Ro knows she needs to find something to grab mainstream America’s attention and so she thought that if recently out Jodie Foster would contribute to the book, well that would do the trick. The problem? Well according to the March 11th print edition of the GLOBE Jodie wants nothing to do with any of it!

Jodie opted to come out finally after half a career of speculation, at The Golden Globes back in January and then promptly went back to living her very private life. No follow up interviews or further details on her life, she simply confirmed what we all kind of already knew. But Rosie thinks that if she could somehow get Jodie to talk then her book would fly off the shelves. Remember Jodie has never even hinted at the paternity of her two sons (We speculate that Mel Gibson is the father) so there obviously is  a story there, if she wanted to tell it, but apparently this isn’t the time for her to do so.

Rosie has had a hard time taking no for an answer as we would all expect. She has pushed and prodded and then love bombed Jodie with invitations, but nothing is working. As Ro has pushed harder Jodie has told her in no uncertain terms that she wants nothing to do with the book. Would Jodie giving up private information on her children prompt you to buy Rosie’s parenting book? Tell us your thoughts in the comments below.