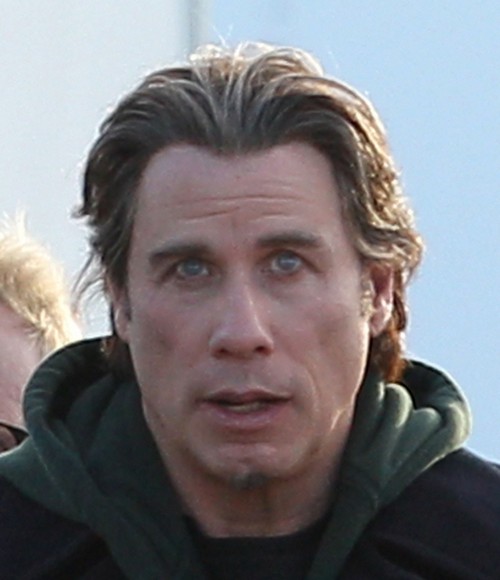 There have been rumors about the shaky status of John Travolta and Kelly Preston’s marriage for months now and one thing is for sure, they do have some serious issues dividing them. After spending 4 years mourning her son Jett’s untimely death, Kelly decided that it was time to return to work. Up until that point she had spent all of her time focused on daughter Ella Bleu and even added a son named Benjamin to the family. In a nutshell Kelly was tired of chasing the kids and being at home while John was tangled in one gay scandal after another. She emotionally checked out of not just the marriage, but it seems the whole family!

According to the Nov. 11th print edition of National Enquirer last spring Kelly decided to leave the family’s Florida home and move to L.A. With the hopes of reviving her career. She shot a pilot that ABC didn’t pick up (rumors are that John poisoned the show) and has decided to stay put until she lands a great acting gig. Originally the family was supposed to split its time between Florida and L.A. So that Kelly was still with the kids a lot. Instead John has been traveling with them and Kelly believes that he has turned them against her.

It seems that Kelly is the parent with rules and boundaries while John lets both Ella Bleu and Ben do as they please so of course they want to be with him more. Kelly is also worried because John is a junk food junkie and Ella’s weight has ballooned in recent months. Kelly confronted John on what she believes are to be some serious parenting missteps and it led to a blowout. John informed Kelly that since she is such an absent parent he fully intends to go after custody of the kids and believes that he’ll easily get it.

Should John have the kids? I mean technically it does seem like Kelly walked out and if those kids came first then she could always drop the acting gig that she still doesn’t really have and fly to be with them, right? Tell us your thoughts in the comments below!