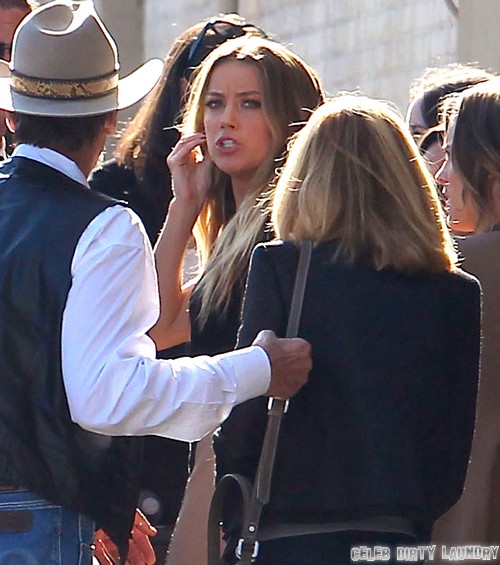 Well, Amber Heard‘s Paranoia bombed at the box office. I’ll be fair and say it also had Liam Hemsworth, Harrison Ford, and Gary Oldman, but it was Liam and Amber who were the ones publicly shilling the movie. Ford and Oldman knew they had a turd on their hands and smartly stayed far, far away.

Anyway, Liam at least has Catching Fire in the works and the promise of some other big ensemble pieces. Amber has… nothing. Her career has never exactly been the considered the pinnacle of success, but this was her first high-profile leading role in ages. Usually, Amber’s either the supporting role or her movies just come and go. In fact, she may be best known for her cameo in Zombieland, even though she’s in the movie for a total of five minutes. She was in the Nicholas Cage flop Drive Angry, barely made any impressions in Pineapple Express despite the movie being a hit, and to date, her only moderate success has been the surprise teen hit Never Back Down.

So we can be honest in our assessment by saying that her career’s not in the best position right now. Nobody watches Amber Heard’s movies, but she’s still relevant because… she’s dating Johnny Depp? That’s the only thing that makes sense, isn’t it?

Sources are also reporting that Amber is begging Johnny for a big movie role after Paranoia flopped so badly.

Look, it’s obvious that Amber’s trying hard to become an action star in the vein of Angelina Jolie, but people forget that Jolie had acting ability and charisma in spades, and she never had to use a relationship to get famous. I don’t know if I’d say the same for Amber.