Johnny Depp & Lady Gaga Go Out On Secret Date? Find Out if these Two Oddballs are a Couple! 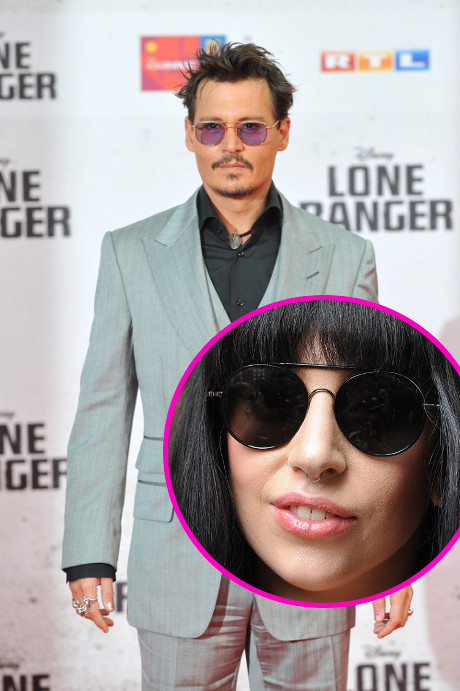 Are Johnny Depp and Lady Gaga, two celebrities that tend to fall on the “weirder” end of the normality spectrum, planning on dating? According to a source for the National Enquirer, Sir Elton John thought these two would make an outstanding Hollywood power couple and allegedly tried to set them up. Look at Elton trying to play matchmaker.

According to the mag, “Elton was determined to hook up Johnny and Lady Gaga. Elton is convinced the two superstars would make an amazing power couple.”

Elton John decided to unleash his sneaky cupid-like powers at Craig’s in Hollywood on September 23rd. Both Depp and Gaga attended the event and allegedly hit it off wonderfully. “They bonded over music, flirted a little and basically got to know each other,” claims the claims the mag. “By the end of the night, they’d already made plans to see each other again.”

While we’d love this to be true, we think it’s extremely far from the truth, as Johnny Depp is currently in a relationship with Amber Heard and Lady Gaga has been in a somewhat committed relationship with Taylor Kinney. However, being in “committed” relationships has never stopped anyone from branching out, so who knows? Maybe they are planning a top secret affair. But we’re not going to pool our money into that basket.

What do you think of this outlandish story? Do you think Johnny and Gaga would make one of the best-est, most charming, weirdest couples in Hollywood? Let us know in the comments section below!