Johnny Depp Reveals Addiction to ‘Self-Medication’, Claims He Was Never An Alcoholic 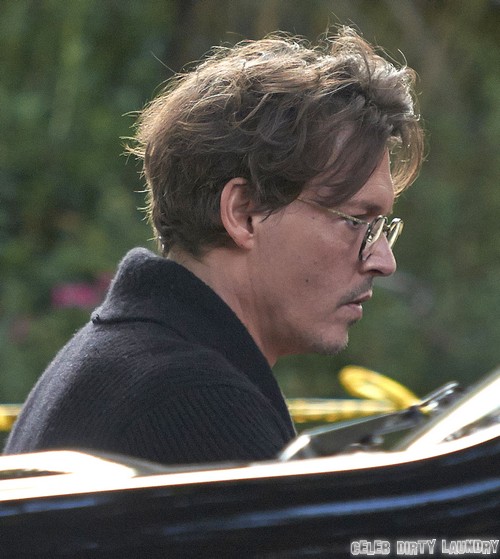 Are we finally learning the reason that Johnny Depp broke up with his long-time paramour Vanessa Paradis? According to Depp’s recent [and very in-depth] interview with Rolling Stone Magazine, he revealed that he used to ‘self-medicate’, but has been sober for more than one year now.

When discussing his drinking, while never specifically using the word ‘alcoholic’, he explains, “I just decided that I pretty much got everything I could out of it. I investigated wine and spirits thoroughly, and they certainly investigated me as well, and we found out that we got along beautifully, but maybe too well.” That sounds like an alcoholic, right? Well, according to Depp, no. He adds, “I don’t have the physical need for the drug alcohol. No, it’s more my medication, my self-medication over the years to calm the circus. Once the circus kicks in, the festivities in the brain, it can be ruthless.”

Johnny also added that alcohol helped him cope with a lot of aspects of Hollywood that he initially found uncomfortable, such as mingling at parties, or making his way through talk shows and interviews.

I don’t know about this. What Johnny describes as ‘self-medication’ sounds like alcoholism to me. I mean, nobody [well, for the most part] actually likes the taste of alcohol, but when it’s not social, they usually take it because it helps them cope with issues that they’re dealing with. I feel like this is Johnny’s excuse for everything that’s been happening with his life over the past few years, but it’s at least good that he’s taken responsibility and decided to stop drinking. Maybe we’ll finally get back the Johnny Depp we know and love – you know, the one who doesn’t wear scarves and jewellery with every outfit, and the one who’s actually cool.