Josh Hutcherson Admits Trying To Hook Up With Jennifer Lawrence 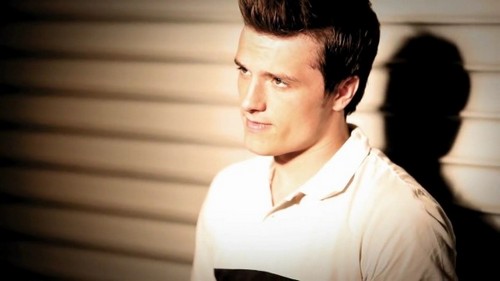 Although the relationship between Josh Hutcherson and Jennifer Lawrence has always been one of friendly camaraderie, I have a feeling that if Josh were ever given the chance to take it to the next level, he would.

He’s already said in the past that he felt ‘stirrings’ whenever he made out with Jennifer, and in a new interview with Glamour magazine [while promoting Catching Fire], he was asked whether it was possible for a man and woman to be just friends with each other. Perhaps referring to his own relationship with Jennifer, he replied, “Absolutely, but there’s often a natural inclination to want more.”

He also refers to the crazy hijinks that he and Jennifer often got up to during filming, explaining, “[We] were nervous about our new co-stars because we’re kind of crazy when we’re together, so it can be a little scary for the new people. But everybody jumped right in. It was a fun vibe on set.”

Funnily enough, even though he says there is a natural inclination to ‘want more’ in a friendship with a member of the opposite sex, he adds that he and Jennifer couldn’t get through kissing scenes without bursting into laughter. He says, “There are times when we’ve had to cut because we can’t get through a take without laughing.”

I can completely understand what Josh is saying, and I think he’s trying his best to be diplomatic without also being cagey. He knows he still has to sell his romance with Jennifer on-screen and they can’t do that if all they do is discuss how gross it was to kiss each other. However, the rumors that Josh has been attempting to date Jennifer are probably not true. For one, Josh already has a girlfriend. And two, Jennifer also has a boyfriend, and I don’t think Josh is really her type.