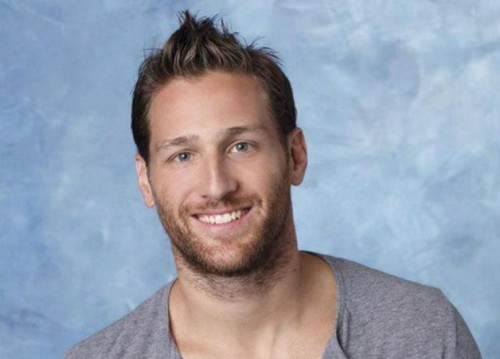 A non-reading, dancing, and bar hopping bachelor by the name of Juan Pablo Galavis has been selected as the titular lead in the next season of ABC’s hit show The Bachelor. Now that the Bachelorette has wrapped up with Desiree Hartsock picking Chris Siegfried, the attention will move on to the next Bachelor. Those who watch the Bachelorette will already be familiar with Juan, as he was a contestant on the last season of the Bachelorette.

We’ve finally gotten some ethnic blood into the mix, thank goodness. I will say that Juan Pablo is probably one of the whitest looking Hispanics I’ve ever seen, but with the Bachelor’s track record, I suppose it’s a big deal that they even put any Hispanic in the role.

Pablo is 31 years old, is 5’11’, has one tattoo, and used to be a pro soccer player. He likes to dance, his favorite childhood memory is that of winning a soccer tournament, and he doesn’t read. Wait, what? Yes, he doesn’t read. Well, nobody ever said the Bachelor had to be smart. In fact, I think intelligence might even count against you.

I will say that his answer to his idea of a romantic date was quite inventive, as he said, “Having a special lunch with the love of my life on a tepui (a mountainous plateau) in Canaima [National Park in Venezuela]. Flying on a helicopter around the jungle and stopping to eat on top of a tepui.”

I’ll give him some points for not coming up with another generic answer, but I’m still having a hard time getting over the whole not reading thing.

What do you guys think about Juan Pablo as the new Bachelor? Let us know your thoughts in the comments.