The Bachelorette 2013 Season 9 Episode 6 Spoiler Preview – Who Is Eliminated? (VIDEO) 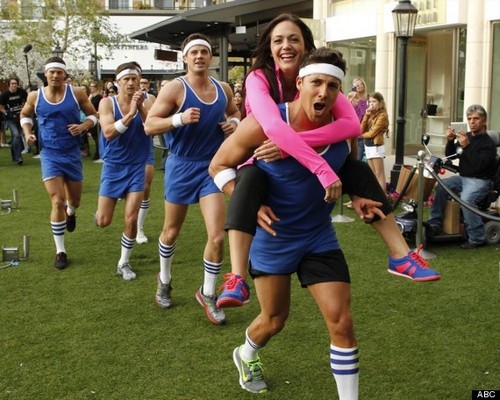 The Bachelorette, Desire Hartsock, and her remaining suitors remain in Europe head to Barcelona after a trip to the snow-capped mountains of Munich. The 26-year-old bridal stylist will be kissing four different suitors in Catalonia’s capital. One of the suitors she kisses tells her that she “means everything” to him. On this week’s group date the six eligible bachelors will showcases by competing in a friendly game of soccer.

However, it’s revealed that one of the six suitors, James Case, had a hidden agenda. Another suitor reminds Case that he shared his false intentions with him when they first arrived in the Bachelor Mansion.

By the end of Episode 6 there will be three eliminations and beginning with episode 7, only one suitor will be eliminated each week until the season finale.

There is a lot of drama leading up to exposing James Case and his motives for being on the show. It seems this will all come to a head during the July 1st episode of The Bachelorette, with the guys confronting James and some of them going to Desiree about it.

At the rose ceremony, three men go home: Kasey Stewart, James Case, and Juan Pablo Galavis. That will leave five men still vying for Desiree Hartsock’s heart. In the midst of all the drama of this season does she manage to find love too? Tune in to ABC’s “The Bachelorette 2013” on Monday, July 1at 8 p.m. EST to see just how the drama plays out in Spain.  We will have a live recap of all the action right here on CDL!