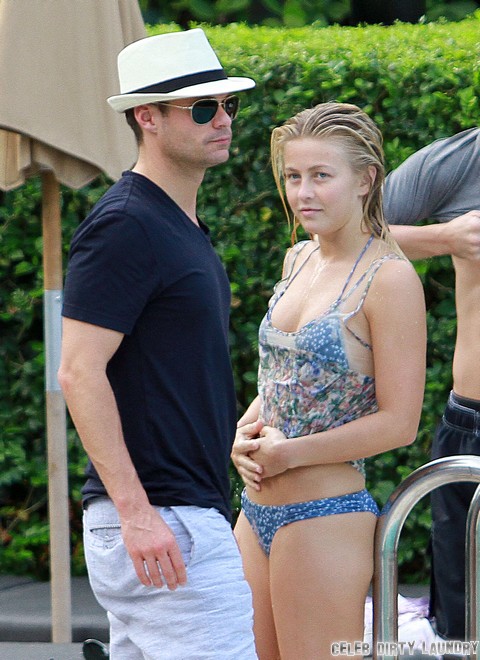 Every relationship comes with an expiration date. You know, there’s usually an expectation if you’ve dated someone for a decent amount of time, that things will progress and go somewhere. The fact that things seemed to have stalled played a big part in the split of Julianne Hough and Ryan Seacrest.  While we have heard scandalous reports of her heavy boozing being a huge problem, at the end of the day it simply looks like after nearly 3 years together she was expecting a proposal that never came.

According to the April 1st print edition of In Touch there were several instances where Jules truly believed that Ryan was going to put a ring on it and after being repeatedly let down she took stock of things. Ryan’s career has always been his first priority and Jules was okay with that as long as she felt like she had a place of prominence in his life. Instead she has been feeling like an accessory on his arm in recent months and it all just became too difficult for a woman that wants a real marriage and kids.

Last weekend, after their split was made public Jules was seen out and about with girlfriends like Nina Dobrev and she seemed to be coping just fine. That’s likely because she dropped all of her tears before breaking things off with Ryan. She probably spent awhile debating and dealing with the idea of ending it before they actually had a serious talk.

Jules is likely going to take some time to focus on her career as her A-List star is constantly rising, but once she steps back into the dating pool again, who can you see her with?  Is it wise to date another guy in the industry or maybe would she be better with someone that has no interest in being famous? Tewll us your thoughts in the comments below!