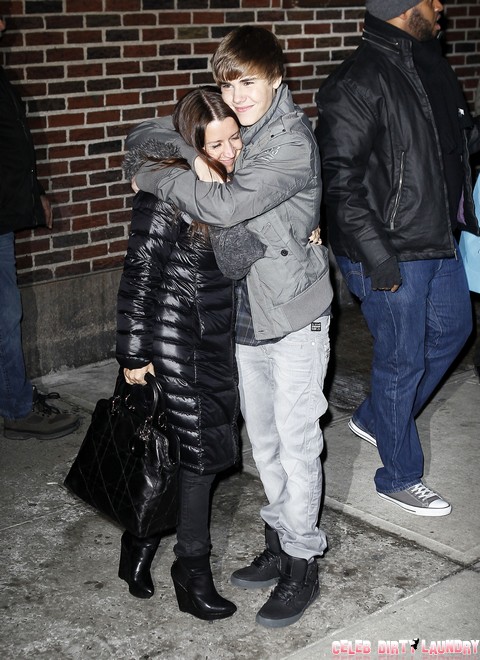 Part of this story is normal. The other part? Seriously disturbed! Justin Bieber always looked a bit like a weasel to me, and a new source claims he loves ferreting around in other people’s business. In fact, they claim he’s started his own matchmaking service for those in his inner circle. Why anyone would want help from a stoned, selfish punk kid who doesn’t understand the concept of monogamy is beyond me, but his Cupid gig seems to be working!

A source reported to Star Magazine, print edition January 14, 2013, “Justin absolutely loves setting people up. His bodyguard Kenny thought Glee star Amber Riley was cute, so Justin made sure the two would be at Bootsy Bellows club in West Hollywood on the same night—and they totally hit it off.” Setting up your beloved bodyguard is totally adorable and aww-worthy. In fact, it’s really sweet that Justin would go out of his way and help out a friend like this. Just put him in the right circumstance, and see if love blooms! But it got creepier.

The source continued that his mom, Pattie Mallette, “always talked about how cute Chris [Harrison] was, so Justin arranged for her and Chris to hang out at one of his LA shows in October.” Fixing up your mom with a recently divorced guy whose business is selling out (consenting) scantily clad women on reality TV and calling it love? Not so romantic! There are so many things wrong here—the first is his mom’s taste in men! The second? Justin’s interference! I’m not a prude, I swear! But Justin needs to lay off other people’s romantic lives and focus on his own. In case he hasn’t noticed, he’s single, humiliated, and his rep as sweet boyfriend is on the rocks! Do you think Justin pimping out his mom is in any way normal? Is he in any state to give love advice?