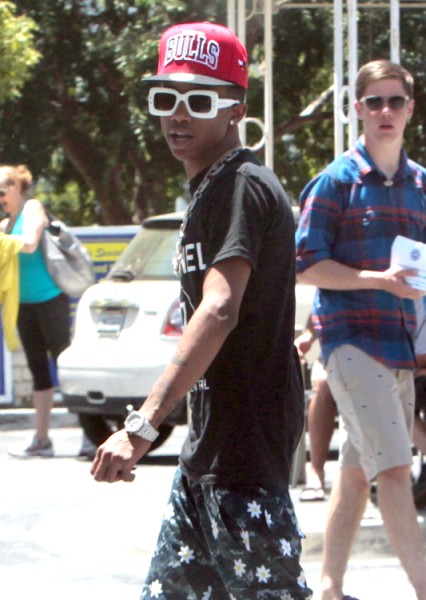 It seems neither Justin Bieber nor his friends can stay out of trouble. Now we’ve got a DUI. Lil Twist was arrested in Calabasas, CA this morning while, naturally, driving Justin’s Fisker Karma. TMZ reports Christopher Lynn Moore was pulled over for speeding while on his way to Justin’s house at 3:30 a.m. He did not appear drunk but sources said he seemed under the influence of something. He was booked for a DUI later at the station.

Why is this kid always driving Justin’s cars? And why can’t he handle his shit while doing so? Didn’t he crash one of Justin’s cars a little while ago? Did I mention he’s underage? He’s only 20. So this is yet again another stain on Justin’s character. True, he wasn’t the one driving drunk but  he apparently let his drunk/high friend borrow his car so that’s just as bad, right? Or should we let Justin off the hook? Justin Bieber’s best friend is a dumb ass. Does that make him one? I think so but that’s just me.