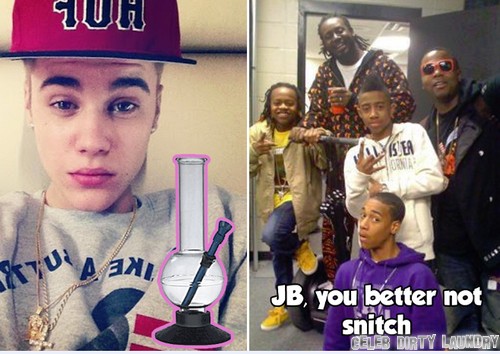 Oh, Justin Bieber, why so stupid? Paparazzi were following Bieber around Los Angeles [as per usual], and they managed to capture a photo of someone in Bieber’s van dumping bong water out of a bong on the side of the road. In addition to being unsanitary and rude, that’s also illegal and frowned upon – even with other stoners.

See, this is why Bieber continues to be a little idiot who deserves to face the consequences of his idiotic actions. As long as he keeps getting away with stuff, he’ll continue to do things like this until he’s caught.

In this particular case, we don’t know for sure whether it was Justin who threw the bong water out of the car. The hand out of the window is clearly white and Justin barely has white friends anymore, but we can’t say for sure. It is telling that they feel no compunction to wait until they get to their destination, and the fact that they’re so brazenly smoking from a bong inside a car is also indicative of their status. They feel like they’re invincible, and that they won’t get into trouble for doing what they’re doing.

I mean, they can’t really be that stupid, can they? They know they’re constantly followed by paparazzi, and Bieber knows his public image is already teetering on the edge, if it hasn’t tipped over already. Does he just not care anymore? Sure, it might not have been him that threw the bong water out of the window – but even if he didn’t do it, he probably agreed to it. It was his car, they wouldn’t have done it without his permission, and I highly doubt that he was just sitting around while the rest of them smoked up. 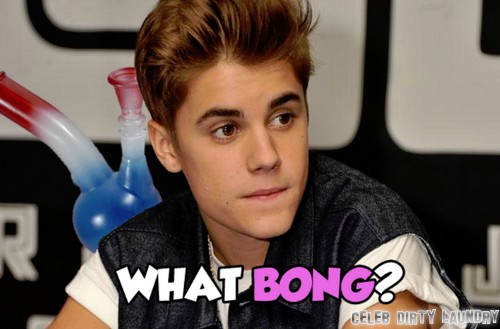